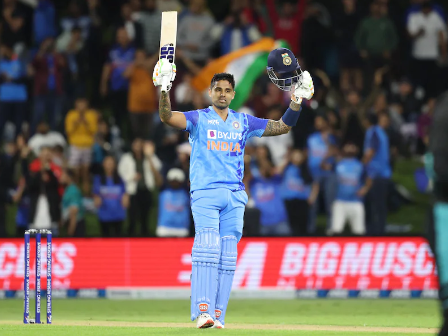 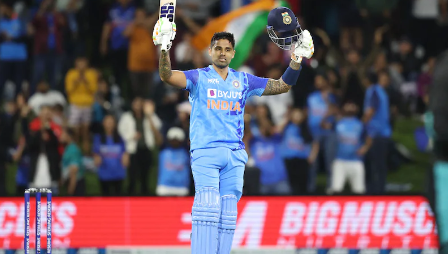 Suryakumar Yadav scored a 49-ball 51 in the second T20I between India and New Zealand, en route to an unbeaten 111. Seeing Surya bamboozle Kiwi bowlers with his bat, Indian cricket great Virat Kohli took to Twitter to praise the batting stalwart for his current purple patch. Kohli described his performance as “video game-like” in a tweet. A journalist informed Surya of the same during the post-match press conference.

Surya responded to the issue by mentioning his friendship with Kohli, which stems from their several partnerships during the just finished T20 World Cup in Australia. The aggressive batsman also stated that he will take Kohli’s remark as a complement and strive to do even better in the future.

“We have recently played a lot of games with each other, and have had quite a few good partnerships. Although, I have to say that we have to run a lot as he is super fit. When we are inside, we don’t talk about the game much. He doesn’t tell me much, I don’t tell him much. All I tell him is you keep batting at one end, I’ll keep doing what I do at the other end. He doesn’t tell me to do anything specific, just advises me to do what I do best,”

“I will take it as a compliment (the tweet from Virat Kohli) and see how I can improve it and be more consistent,”

Surya revealed his strategy at the post-match presentation ceremony, implying that the intention was always to take the game deep.

“The plan was clear when I went into bat. At the 12th/13th over, we thought about batting deep and getting around 170-175 was a par score. Secret (behind his freak shots) is about the intent and you need to enjoy yourself. It’s also about the work you do in the practice sessions. It’s a great feeling coming here, having a full game and going 1-0 in the series feels good. I feel that I didn’t think too much about what was happening. Just had my gameplan and it worked well. Fantastic crowd here,”

India currently leads the series 1-0 and will face New Zealand in the third and final T20I on Tuesday.

Read also: Joe Root on his decision to step down as Test captain. -‘Felt like a bit of a zombie almost’