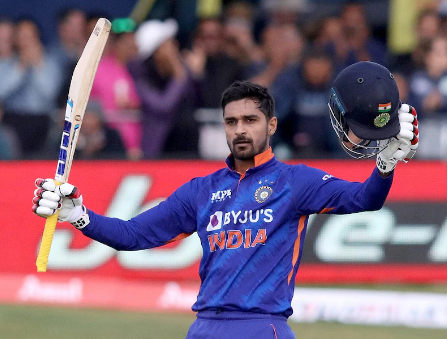 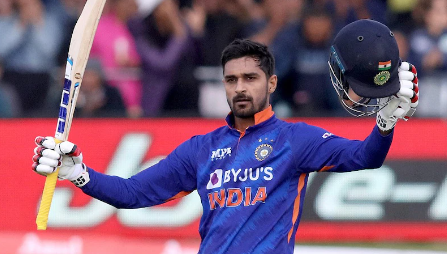 IND versus NZ: Ex-India Batter Reacts To Hardik Pandya’s Decision To Bowl Deepak Hooda. After a disastrous performance in the recently finished T20 World Cup, Team India eventually got back on track with a 65-run triumph against New Zealand in the second T20I of the three-match series.

Following their semi-final defeat in the recently ended T20 World Cup, Team India finally got back on track with a 65-run victory against New Zealand in the second T20I of the three-match series on Sunday. Suryakumar Yadav once again stole the show with a scorching 111* off 51 balls, propelling the Hardik Pandya-led side to a score of 191/6 in 20 overs. In response, New Zealand could only muster 126 runs as Team India won the game by 65 runs. Apart with Suryakumar, all-rounder Deepak Hooda wowed everyone with his superb 4-wicket haul.

“If someone has the ability to bowl, the only way you can find it out is by giving him those overs in international games. That’s exactly what Hardik Pandya did with Hooda. We know that Hooda got into the World Cup squad because of his ability to bowl. But he did not bowl in the single game that he played,”

Cricbuzz was informed by Parthiv.

“It was not needed, but you’ve got to give him some overs to see whether he is good enough to give you those couple of overs or at least one over. They are thinking aggressive, thinking wickets. This is something which is so important in T20 format. It’s great to see we are going ahead, thinking ahead,”

In the match itself, India trounced New Zealand, taking a 1-0 lead in the three-match series. Deepak Hooda took 4 for 10, while Yuzvendra Chahal and Mohammed Siraj each took two wickets as the visitors swept out New Zealand for 126 runs.

Read also: In his best XI from the T20 World Cup in 2022, Brett Lee omits any Australian players.