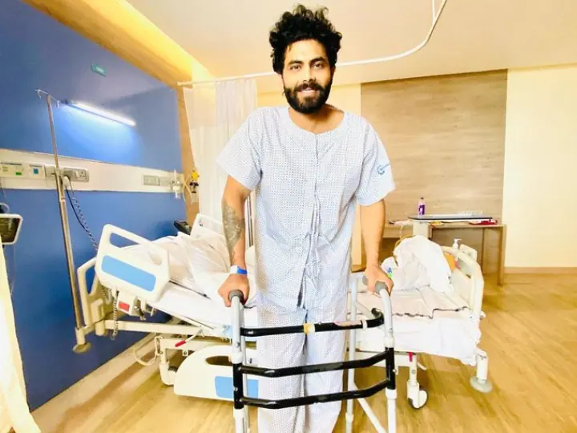 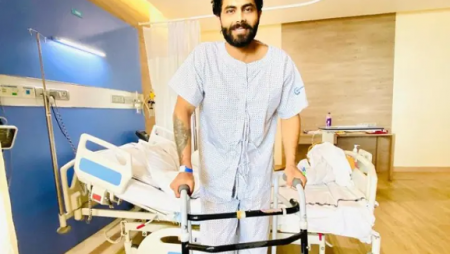 On Tuesday, Ravindra Jadeja posted a photo on social media after undergoing knee surgery, along with a caption in which he stated that he would try to return to competitive cricket as soon as possible. “The surgery went well. Many people should be thanked for their help and involvement, including the BCCI, my teammates, support staff, physios, doctors, and fans. I’ll begin my rehab soon and try to return to cricket as soon as possible. Thank you for all of your well wishes “Jadeja posted a message on Instagram.

Also Visit: Here is the 2022 Asia Cup Points Table following the match between Afghanistan and Pakistan.

Saba Karim,believes Jadeja, should take his time before making a comeback.

“It’s a tough phase for him because whenever he comes back, he has always done well and for him to get injure at such a critical juncture in his career is not so easy. But one has to give credit to Jadeja that whenever he has come back from injury, even though he doesn’t get too much of game time, but immediately he gets into his rhythm and that is not so easy. But he’s naturally such a gifted player that it’s so easy for him to come back. I remember I think some years ago he was not even train the way the other cricketers were train. But because he naturally so talented and so gifted and so fit, it’s easy for him to come back,” Saba Karim said on Sports18.

“However, I believe that with his age, it may be difficult for him to do so.” So I believe he should return to work on his rehabilitation before attempting to return. But, more importantly, I believe it is your mindset, the type of preparation you do before returning to the field after an injury.

Before the Super 4 match against Pakistan, India coach Rahul Dravid informed the media that Jadeja had been ruled out of the tournament.

But that it would be premature to rule him out of the ICC T20 World Cup later this year.

“Jadeja has injured his knee; he is obviously out of the Asia Cup,” Dravid said ahead of India’s Super 4 clash with Pakistan. “He is under the care of the medical team, and he will see the doctors and experts. The World Cup is still a long way off, and we don’t want to jump to conclusions and rule him out or in. We’ll see how things go.”

Also Read: Afghanistan’s behavior is unacceptable; even Indian players are kissing and hugging us: Shoaib Akhtar