On India Star, Ravi Shastri said, “There’s Something Regal About Him, Is Always Grounded.” 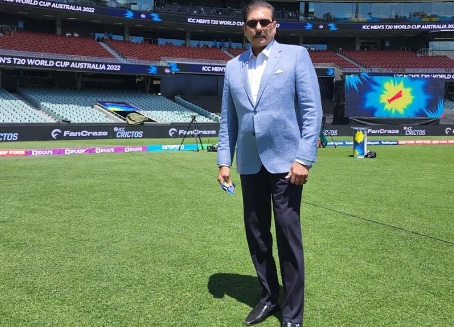 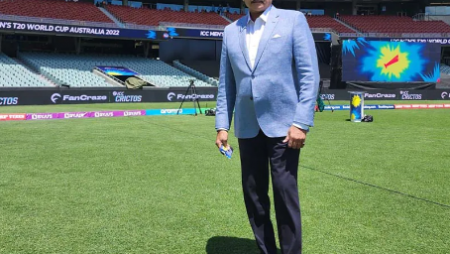 On India Star, Ravi Shastri said. “There’s Something Regal About Him. Is Always Grounded.”. Rain caused Hamilton, New Zealand, to postpone the second One-Day International of their three-match series on Sunday.

Rain forced the cancellation of Sunday’s second One-Day International in the three-match series between India and New Zealand in Hamilton. The visitors were hoping to get back on track after suffering a seven-wicket loss in the opening game on Friday, but the weather had other ideas, as the Kiwis now lead the series 1-0. Stop-start play plagued the game. Which was finally cut down to 29 overs each side. With Suryakumar Yadav (34) and Shubman Gill (45) at the crease. Team India was 89/1 after 12.5 overs when the game was finally stopped.

Gill was in fine form with the bat in both ODIs, scoring 50 and 45* runs, respectively.

Read also: Foreign coaches are not appropriate for India, according to Gautam Gambhir, because “They Can Spoil Your Cricket.”

“His emphasis today was in the timing of the ball. Sometimes when you are out of your depth, you want to get on with it by trying to hit the ball hard. He was in good control with good footwork. It is great to watch him play. There is something regal about him. He is a quality player and he’s going to be around for a long time(decade’s time),”

“He has good work ethics, he trains hard, he’s hungry and he loves this game. He will continue to play because his grooming is good, he is always grounded,”

When the match finally started, India was 22-0 after 4.5 overs when the first rain delay caused play to be suspended for over four hours.

When play resumed, eight more overs were bowled before the rain forced the players back to the pavilion and halted further play.

The first match of the three-match series was won by New Zealand by seven wickets on Friday, giving them a 1-0 series lead. On Wednesday, Christchurch will host the championship game. The game will be streamed on Prime Video, with coverage beginning at 6 AM IST.

Read also: Wasim Akram about being forced into treatment for cocaine addiction. – ‘They kept me there for two and a half months against my will’