The weather is not in our hands: Arshdeep Singh 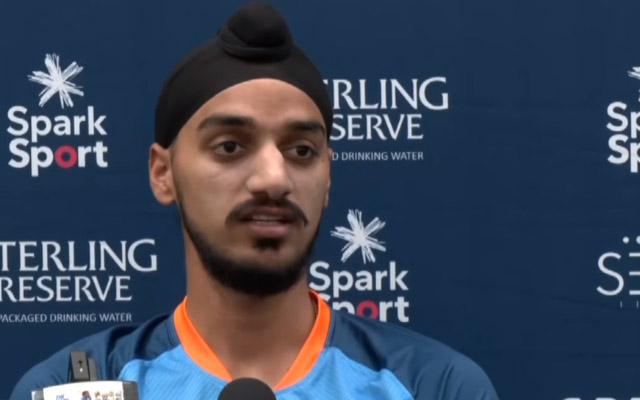 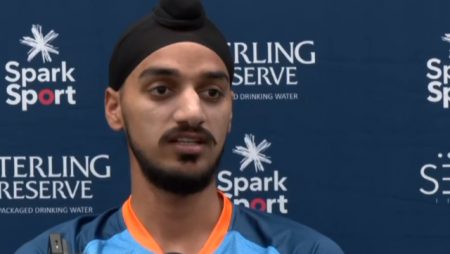 The weather is not in our hands: Arshdeep Singh. Arshdeep stated that his sole goal in T20Is and ODIs is to take wickets.

The T20I and ODI series between New Zealand and India did not live up to expectations. Owing in large part to inclement weather. Three of the five games played thus far on the tour have been affected by weather. The first T20I was called off, and the third was rained out before the second ODI.

As Team India prepares for the final game of their New Zealand trip. The danger of rain continues to loom over their hopes of tying the ODI series. The Men in Blue moved their emphasis to the ODI series after winning the T20I series 1-0. However, the first two games did not go in India’s favor, with the second game at Hamilton being rain out after India lost the first game by seven wickets in Auckland.

The third game is critical for India as they aim to return with their heads held high. But rain is expect to play a role at the Hagley Oval in Christchurch, according to the weather forecast. Before the final game, India’s pacer Arshdeep Singh spoke to the media about the weather in New Zealand and his thoughts on the two white-ball formats.

“We can’t control the weather, it’s out of our hands.” As a result, it is critical that we give our all whenever we get the opportunity. If there is a rain delay, we must always be psychologically and physically prepare for the game to resume at any time. It is our goal to ensure that the procedure is conduct correctly and that there is no shortage of preparation. And the preparations that are establish should be carried out throughout the game,” he stated.

My goal is to get wickets for the team: Arshdeep Singh

The 23-year-old fast bowler stated that he does not make much of a distinction between the T20I and ODI versions of the game. While the T20I format is fast, a bowler must pay close attention to the smallest nuances of the game in order to offer his best in the limited four overs. However, Arshdeep Singh stated that he approaches both formats with the same mindset, which is to attack early and defend late.

“As a bowler, I haven’t given much consideration to the differences between these two forms. Just like now, I’m attacking at the beginning and defending in the end. My goal is to get wickets for the team. So I haven’t considered the possibility of a distinction between these two forms. I would give my all wherever I am given the opportunity to perform “The pacer elaborate.