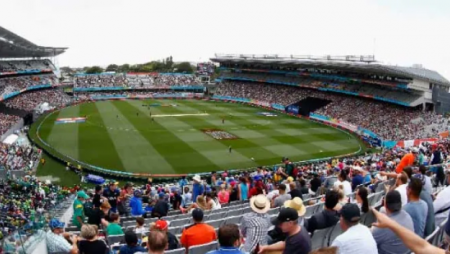 Rishabh Pant has become a liability; replace him with Sanju Samson: Reetinder Sodhi. In the recently ended T20I series against New Zealand, Rishabh Pant failed to make his bat do the talking.

Former India cricketer Reetinder Sodhi has stated that wicketkeeper-batter Rishabh Pant is becoming a liability in T20Is. That national selectors and team management must now give opportunities to deserving candidates such as Sanju Samson. Who have waited patiently for a long time.

Despite being picked for the recently finished T20Is in New Zealand. Samson not selected for a single game and force to warm the bench once more. This did not sit well with cricket fans, who took to social media to vent their rage at the team’s administration.

Problems happen when you offer too many chances: Reetinder Sodhi

“He’s (Rishabh Pant) turning into a burden for Team India.” Bring in Sanju Samson if this is the case. At the end of the day, you have to take that risk because you cannot afford to lose and be eliminate from World Cup or ICC events. Problems come when you offer too many chances. “The time has come to provide opportunities to new guys,” Sodhi told India News.

“Only time will tell how many opportunities he receives and for how long. Time is ticking away, and he has to tighten his shoes. There is a limit to everything. You can’t rely on one player for too long. “You’ve got to show him the exit door if he’s not performing,” he added.

Pant has been support by the squad despite his inability to score runs in the shortest format in recent months. In the second T20I against New Zealand, he scored six runs off 13 deliveries. While the southpaw made a strong start in the final in Napier, he remove after scoring 11 runs off five balls.

The seasoned Dinesh Karthik took the gloves for India’s T20 World Cup 2022 campaign, hence the Delhi player did not receive many chances. Pant, on the other hand, was unable to capitalize on his opportunities, scoring 3 and 6 in India’s last Super 12 match against Zimbabwe and the semi-final against England, respectively.