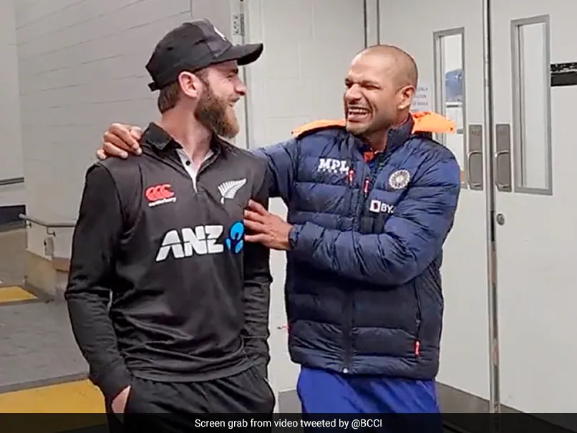 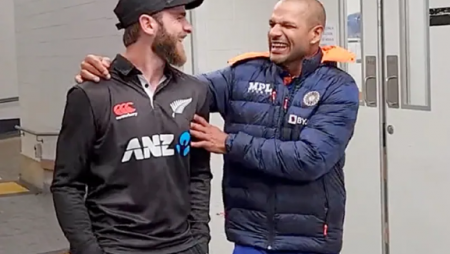 Team India, captained by Shikhar Dhawan, will play New Zealand in a three-match One-Day International series beginning November 25 in Auckland. It is worth noting that the southpaw will captain the visiting team because regular captain Rohit Sharma has been rested for the series. On Thursday, the BCCI shared a video from the series’ ODI trophy unveiling on social media. Dhawan seen having a good time with his New Zealand counterpart while on his way to the ceremony.

In the video, Dhawan and Williamson hug each other before laughing and going towards the trophy’s unveiling.

In a press conference, Dhawan said of his captaincy, “I am really fortunate to get the captaincy of the Indian team. It is very nice to have this challenging opportunity. We have won a good series too. I was not hurt when the captaincy was taken away from me. I don’t feel bad if something didn’t go the way we wanted.”

India play the Blackcaps in the 50-over format after defeating them 1-0 in a rain-delayed three-match T20I series. The first game of the series call off owing to weather in Wellington, but India won the second game by a score of 65 runs in Mount Maunganui. The third match between the sides in Napier ended in a draw after the DLS method implement due to rain intervention, with India at 75/4 after 9 overs in pursuit of 161.