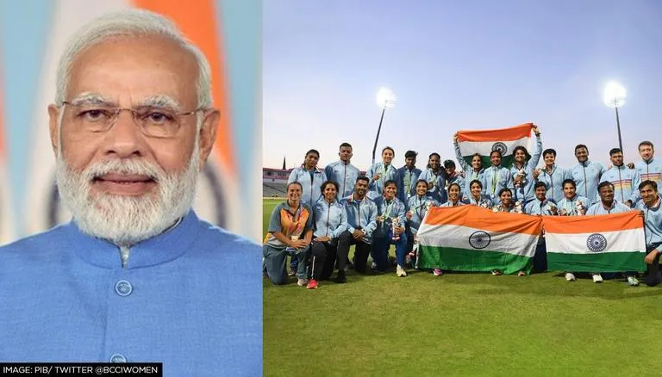 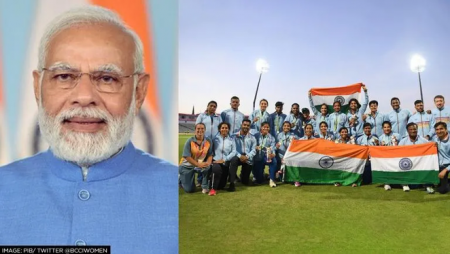 Prime Minister Narendra Modi congratulated India’s women’s cricket team on their silver medal at the ongoing Commonwealth Games on Monday. PM Modi stated on Twitter that cricket and India are inseparable, and that this victory will be remembered forever. On Sunday, India was defeated by Australia by 9 runs at Edgbaston in Birmingham.

Cricket and India are inseparable. Our Women’s cricket team played excellent cricket through the CWG and they bring home the prestigious Silver medal. Being the first ever CWG medal in cricket, this one will always be special. Best wishes to all team members for a bright future.” tweeted PM Modi.

In the chase for 162, India was also in command, led by Harmanpreet Kaur and Jemimah Rodrigues. However, the side collapsed from 118/2 to 152 all out, and Australia eventually won.

Harmanpreet also spoke to NDTV after winning silver and said: “Yes, it is an important moment for all of us. We were participating for the first time. Moreover, The way we play this tournament was amazing to watch. We were on the verge of a gold medal, but we made the same mistakes we’ve been making in big tournaments. We need to keep working on our lower-order batting. I am also confident that we will do well in the upcoming tournaments. This silver medal means a lot to me; it will undoubtedly inspire young girls back home “Harmanpreet explained.