How Tahlia McGrath allowed to play despite testing positive for COVID-19. 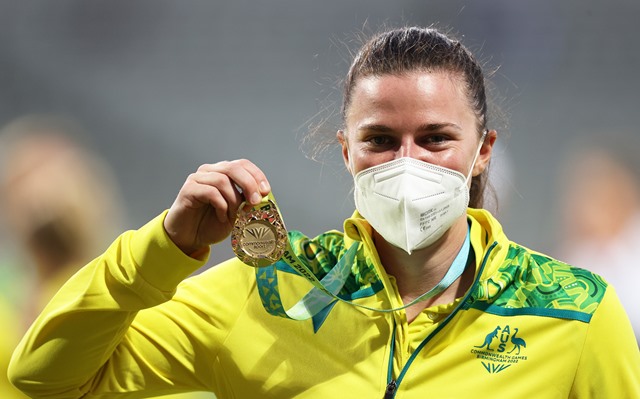 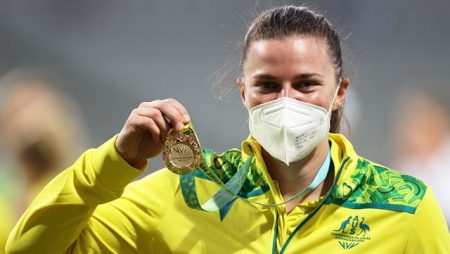 BIRMINGHAM, ENGLAND - AUGUST 07: Tahlia McGrath of Team Australia poses after being presented with a Gold Medal during the Cricket T20 - Gold Medal match between Team Australia and Team India on day ten of the Birmingham 2022 Commonwealth Games at Edgbaston on August 07, 2022 on the Birmingham, England. (Photo by Ryan Pierse/Getty Images)

How Tahlia McGrath allowed to play despite testing positive for COVID-19. Australia won the gold medal in a nail-biting final against India.

On Sunday, August 7th, in front of an electric Edgbaston crowd, the Indian and Australian teams put on a show in an enthralling finale of the historic Women’s T20 tournament in the Commonwealth Games 2022. Fans on the ground and viewers around the world were amuse when Tahlia McGrath, who test positive for Covid-19 earlier in the day, came out to bat for Australia.

On a day when the world celebrated Women’s Cricket, the Australian team suffered a major setback moments before the toss in the grand finale, when Tahlia McGrath’s COVID-19 test came back positive. However, after consulting with Commonwealth Games Australia, the Australian team decided to include her in the playing XI (CGA).

The other finalists, the Indian team, were understandably amuse by this decision but quickly move on. Because there wasn’t much time for deliberation. There were some questions about the decision. But according to the existing protocols at the multi-sporting event. It is the team’s responsibility to decide on the player’s inclusion. Because Tahlia had only mild symptoms, she included in the playing XI.

CGA confirmed that they had followed the protocols regarding Tahlia McGrath’s inclusion.

In an official statement, Commonwealth Games Australia confirmed the decision and revealed that the ICC had approved her participation in the final despite testing positive for Covid-19.

“On Sunday, McGrath presented to team management with mild symptoms. Later return the positive test.” At the toss, she named to the starting XI. The International Cricket Council (ICC) approved her participation in the final.”

While much of the talk was surrounding the decision regarding Tahlia’s participation in the game. She did not have any major say in the match and was a solitary figure on the field. Since she was not allowed to celebrate with the team amid fears of percolating the virus to her teammates. She was seen with a mask later when the Australian team was presented with gold medals at the podium after winning the final by nine runs.