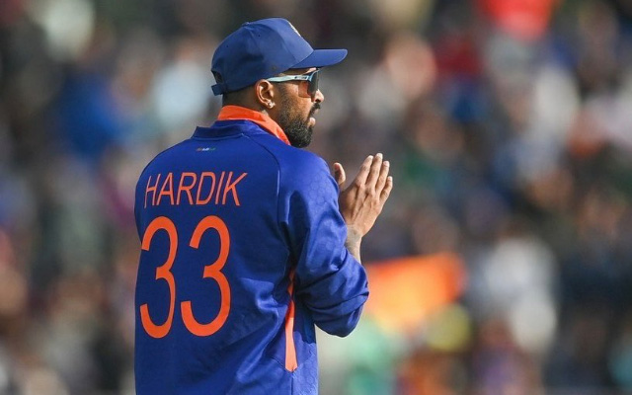 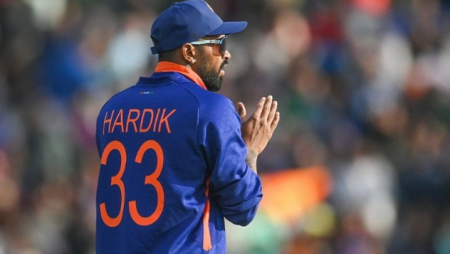 Hardik Pandya on becoming India’s full-time captain in the future. The Indian team will now play an ODI series against Zimbabwe in preparation for the Asia Cup later this month.

India thrashed the West Indies in the final T20I in Florida on August 7th (Sunday), completing a 4-1 series victory over the hosts after a 3-0 whitewash in the ODI leg. Hardik Pandya, who took over as captain in the series finale in the absence of the rested Rohit Sharma, is open to taking on a full-time leadership role in the future.

Due to injuries and player workload management, the Indian team has used seven captains across all formats. Hardik Pandya, who led Gujarat Titans to IPL glory in their first season, has an unblemished record as an Indian captain, winning three matches out of three.

When asked if he would accept a full-time role as India’s captain. The flamboyant all-rounder stated that he would be more than happy to do so, but that his current focus is on the Asia Cup and the T20 World Cup in Australia. He emphasized that the team members are striving to improve by learning and having fun at the same time.

“Yeah! So why not? If the opportunity arises in the future, I will gladly accept it, but for the time being, we have the World Cup and the Asia Cup [coming up]. “We’re going to focus on that and make sure that as a team, what we’re doing, we continue [with that] and make sure that all the skillsets that we’re learning, we can keep getting better at it while also enjoying the game,” Hardik was quoted as saying by Cricinfo.

Also Visit: Sophie Ecclestone was chastised for violating the ICC Code of Conduct.

There will be ten captains who will be part of the Indian team at some point: Rohit Sharma

Indian captain Rohit Sharma also commented on India’s series victory and praised the impact of the team’s leaders, hinting that there may come a time when the Indian team will feature ten different IPL captains at the same time. He believes that having these personalities on the team makes his job much easier because they are well-verse in their roles.

“I know it’s exciting to see so many leaders emerge from within the team because it’s always a good sign.” I believe it is critical to have that leadership, but we play in the IPL, which is a ten-team tournament. As a result, there will be ten captains who will be part of the Indian team at some point. “I think it’s fantastic because honestly, my job is much less important now that these guys understand everything pretty well,” Rohit said on Star Sports’ Follow the Blues show.