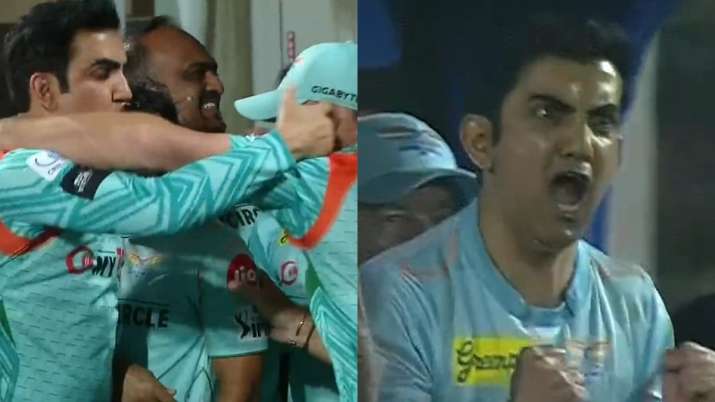 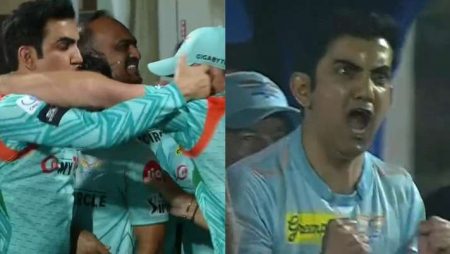 Gautam Gambhir’s Furious Reaction After LSG Beat KKR In Thriller To Advance To IPL 2022 Playoffs. After Marcus Stoinis successfully defended 21 runs off the final over. LSG coach Gautam Gambhir, who led KKR to two IPL titles in 2012 and 2014, visibly pump and animatedly celebrate his team’s win.

Lucknow Super Giants qualified for the Indian Premier League playoffs. After defeating Kolkata Knight Riders in a high-scoring thriller at the DY Patil Stadium in Navi Mumbai on Wednesday. KKR were restricted to 208 for eight in 20 overs while chasing a target of 211. After Marcus Stoinis successfully defended 21 runs off the final over. LSG coach Gautam Gambhir, who led KKR to two IPL titles in 2012 and 2014, was visibly pumped and animatedly celebrated his team’s victory.

After electing to bat, LSG openers KL Rahul and Quinton de Kock put together. The highest first-wicket stand in IPL history, Assisting their team to a total of 210 without losing a wicket.

De Kock stole the show with an unbeaten 140 off 70 deliveries. While Rahul scored his third fifty of the season with 68 off 51 deliveries.

KKR were reduced to four for two in the first three overs while chasing a target of 211, as Mohsin Khan struck twice.

Shreyas Iyer (50) and Nitish Rana (42) added 56 for the next wicket before the former and Sam Billing (36) stitched another 66 to keep KKR in the chase.

Mohsin and Stoinis each took three wickets for LSG, while Ravi Bishnoi and Krishnappa Gowtham each took one.

The loss also ended KKR’s chances of making the playoffs.

Also Read: After LSG’s thrilling win over KKR, KL Rahul said, “I should probably get paid more for games like this.”