After LSG’s thrilling win over KKR, KL Rahul said, “I should probably get paid more for games like this.” 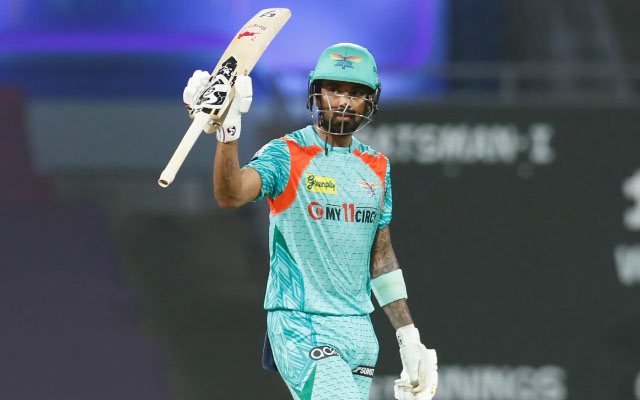 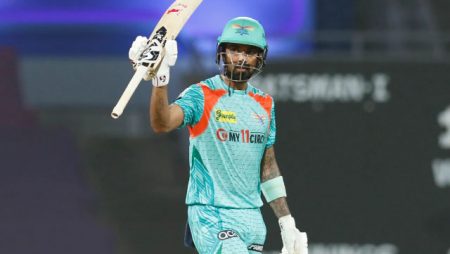 After LSG’s thrilling win over KKR, KL Rahul said, ” I should probably get paid more for games like this. ” LSG snatched a much-needed victory from the jaws of defeat.

Fans were treat to some thrilling on-field action on Wednesday (May 18), as the IPL 2022 match between Kolkata Knight Riders and Lucknow Super Giants came down to the wire. LSG’s victory looked all but certain after posting 210/0 while batting first at the Dr. DY Patil Sports Academy in Mumbai. The Knight Riders, on the other hand, were not about to go down without a fight.

Shreyas Iyer, Sam Billings, Nitish Rana, and especially Rinku Singh batted brilliantly, ensuring the game went down to the wire. In fact, the equation reduced to KKR requiring three of the final two deliveries, and victory appeared to be a formality. Marcus Stoinis, on the other hand, held his nerve and took two consecutive wickets, sealing the game for LSG.

Notably, the stakes were extremely high in the game, as KKR’s defeat eliminated them from the playoff race, while the Super Giants secured a spot in the next round. Needless to say, LSG captain KL Rahul overjoy with the outcome, but his nerves tested during the game’s crucial moments.

“I think I should be paid more for games like this.” We missed similar games earlier in the season. There haven’t been many games that have come down to the last ball, or even the last over. I’m relieved to be on the other side. “We could have easily been on the losing side and gone home thinking we lost due to some poor cricket,” Rahul said after the game.

“An excellent way to conclude the league season.” Both teams deserve credit for putting on such an entertaining game of cricket. We didn’t hold our nerves any better because it was only three runs. “It was brilliant for Stoinis to execute those plans in the last two balls to get us the win,” he added.

Quinton de Kock, meanwhile, was the main architect of LSG’s victory, smashing an unbeaten 140 off just 70 deliveries. Mohsin Khan hit a three-pointer with the ball, propelling LSG to second place in the team standings.