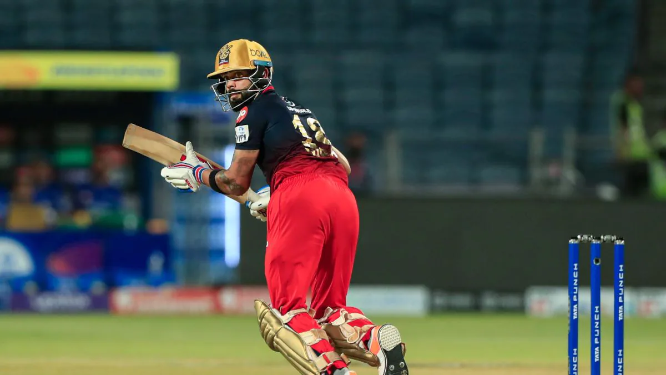 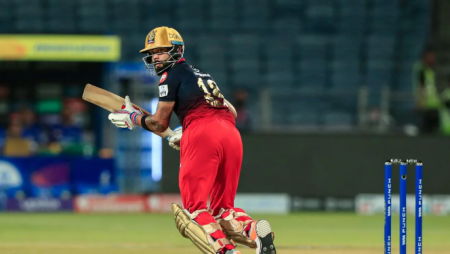 Former West Indies pacer Ian Bishop observed that Virat Kohli has not been able to score fluently in the IPL this season. It is concerning that he is getting out to different types of bowlers. Kohli has only managed 175 runs with a top score of 58 at a strike rate of 111.09,. Which ranks third among batters with at least 150 runs this season. On Wednesday, Kohli bowled out for a labour 30 off 33 balls by Mooen Ali. Bishop express concern about Kohli’s struggles against spin, particularly off-spin.

“This is something we’ve seen with Virat, not just this season. but even last season, I remember, and even sometimes internationally, he’ll fly out – he didn’t fly out tonight – and then he’ll slow down again, so I’m concerned.”

“You need to bat deep into the innings if you’re not getting ahead of the rate and going at a run-a-ball,” he said.

“He’s also not going deep into the innings.” As a result, those deliveries do not return to you. Even if RCB won, that wasn’t an innings that, given the difficulties of the pitch, could be said to have resulted in a match-winning total.” “Roston Chase got him out in the West Indies series (at home in February), we saw him getting out to the off-spinner in Test matches,” Bishop said, referring to Kohli’s struggles against spinners. So I’m concerned… and I’m a Kohli supporter.

“I watch cricket when Kohli is at his best, so it’s not criticism, but an observation that a variety of bowlers are getting him out and he’s not getting ahead of the rate.” Kohli was responding to an Ali delivery that had been thrown up outside the off stump and had turned past the inside edge, disturbing his woods.

Former New Zealand spinner Daniel Vettori made the following observations: “I can think of the likes of a R Ashwin or a Harbhajan (Singh) bowling really quickly to him in the powerplay and him just looking for singles, and potentially not dominating them.” But this isn’t like that.

“And a lot of credit goes to Moeen Ali and his bowling style – the fact that he was able to hit those areas with a little bit of drift, then that quick spin.” So, this style of bowling appears to be bothering him (Kohli) a little bit right now,” he added.

Also Read: In October, Stephen Fry will become the next President of Marylebone Cricket Club.