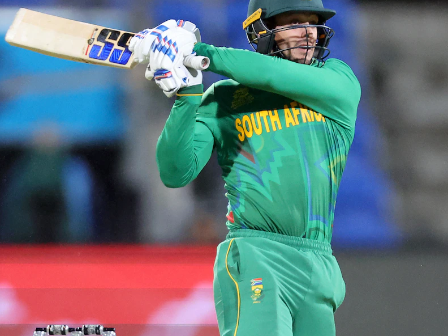 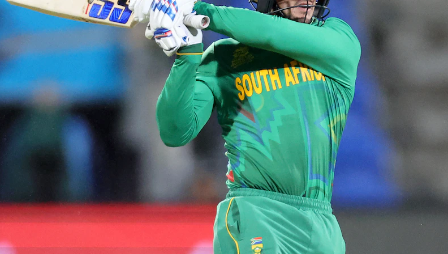 South Africa’s T20 League with Quinton de Kock’s “Looking Forward To The Unexpected”. When the SA20 League kicks off in South Africa. On January 10, 2023, a new chapter in South African cricket will be written.

The five home matches and five away matches for each of the six SA20 franchises. MI Cape Town (MICT), Paarl Royals (PR), Pretoria Capitals (PC), Joburg Super Kings (JSK), Durban’s Super Giants (DSG), and Sunrisers Eastern Cape (SEC). Will be followed by the knockout stages, which include the semifinals and championship, will be played.

In addition to being the first T20 franchise league to be held in South Africa. The competition has drawn a lot of media attention due to the ownership of each of the six participating teams. Who are all IPL franchise owners.

According to a SA20 League statement, cricket fans in India will be prepared to witness the competition when MI Cape Town and Paarl Royals square off in the tournament opening on January 10, 2023, which will be broadcast on Viacom 18 Sports.

South African cricketers Quinton de Kock and Keshav Maharaj discussed the thrill of hosting such a significant competition in their country as well as the advantages it would bring to the league’s players in an interview with the SA20 League.

Quinton De Kock stated that he was anticipating the unexpected.

“Pretty much it’s a new tournament, so, I guess looking forward to the unexpected, we’ve had a couple of these tournaments, and there hasn’t been one in a while. Obviously, it’s a quite big event, I think this would be one of the bigger events in the local franchise system. A lot of youngsters who haven’t been part of the big tournament will be involved in this, so it will be good for the new guys and obviously for the guys who’ve been around in serving cricket. This is also new for us, so, this would be amazing another new comp, so I can’t wait,”

Keshav Maharaj stated that he was eager to interact with some fresh faces.

“I’m looking forward to obviously rubbing shoulders with some new faces, learning more about the game from some T20 specialist, but most importantly making new friendships on and off the field and yeah playing in my hometown, most especially Durban. The tournament will provide an opportunity for South African players to learn from some of the best in the world in T20 cricket. It will also allow young players to show their dexterity and skills on a bigger platform.

“Well, Quinton played with pretty much everyone, I’m looking forward to playing with Kyle Mayers and Jason Holder, having seen what they did in this last Caribbean League, it’s actually quite exciting, bringing some proper flair and some interesting cricketing shots, so looking forward to that,”