Before facing England in the T20 World Cup semifinal, Virat Kohli had a heated practice session. 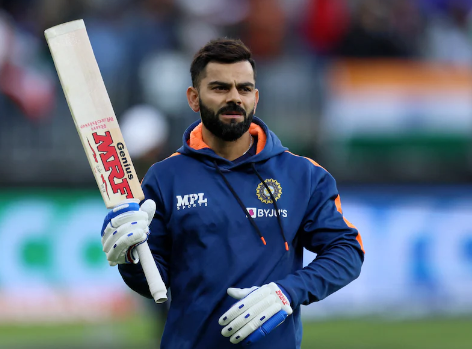 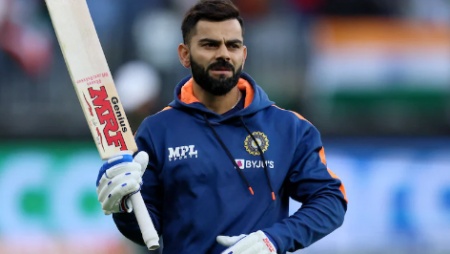 Tuesday was practice day for Virat Kohli and Team India as they got ready for their T20 World Cup semifinal matchup against England in Adelaide on Thursday. The World Cup’s highest run-scorer this year is Virat Kohli, who has been in outstanding form throughout the competition. He has so far scored 246 runs in five games, a mind-boggling average of 123. Using social media, Kohli posted a video of his strokes during the net session. The sound of the ball striking the bat echoes throughout the entire footage as Kohli is seen timing the ball beautifully.

Virat Kohli also been name as ICC Player of the Month for October.

The tournament has seen three half-centuries from Kohli, who turned 34 last week.

After 1,020 days, the former captain of India overcame a poor batting streak to get his first century in an international match in the Asia Cup in September of last year.

On Monday, Kohli was chosen as the ICC Player of the Month for October 2022, beating out David Miller of South Africa and Sikandar Raza of Zimbabwe for the honor.

“It is a great honour for me to have been voted the ICC Men’s Player of the Month for October. Being chosen as the standout player by fans across the globe as well as the panel makes this accolade even more special for me,”

According to a statement from the ICC, Kohli made the statement after receiving the honor.

“I want to pay tribute to the other nominees who performed so well during the month and also to my teammates, who continue to support me to perform to the best of my ability,”

Read also: Tim Southee is cautious about “dangerous” Pakistan before the semifinal match. ‘Won’t underestimate them’