The Lord’s Cricket Ground published a video of Virat Kohli walking out to bat in the second ODI against England. 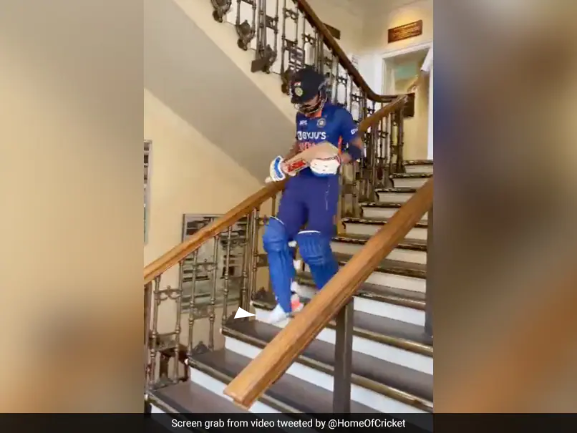 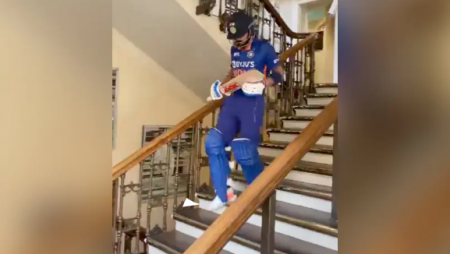 The Lord’s Cricket Ground published a video of Virat Kohli walking out to bat in the second ODI against England. Virat Kohli is seen walking down stairs to enter the ground in share video. He score 16 runs off 25 balls before being caught by David Willey.

Team India defeated by England by 100 runs in the second ODI of the three-match series on Thursday at Lord’s in London. The visitors failed to bat as a team, but Virat Kohli’s form became the talk of the town once again. The right-handed batter score 16 runs off 25 balls before being bowl by David Willey at an important point in the game. Reece Topley had given England an early breakthrough by dismissing Rohit Shama for a 10-ball duck in the third over, prompting Kohli to come out to bat.

The video of Kohli walking out to bat share by Lord’s Cricket Ground. Kohli seen walking down stairs to enter the ground in the shared video.

Watch the video here: Virat Kohli walking out to bat in the second ODI against England.

Following questions about Kohli’s form following India’s loss to England in the second ODI. Team captain Rohit Sharma defend the player and ask why the topic being discuss so much.

In response to the speculation about Kohli’s fitness, Rohit stated: “Charcha kyu ho rahi hai (Why is there so much chatter?) I don’t understand. He has played so many matches. Playing for a long time. He is such an excellent batter that he does not require reassurance. I mentioned it in my last press conference as well: form fluctuates, which is a natural part of any cricketer’s career. So, for a player like him, who has played for so many years, scored so many runs, and won so many matches, he only needs one or two good innings (to recover).”

After being invited to bat first in the second ODI, England posted 246 all out. Yuzvendra Chahal’s 4/47 was instrumental in India limiting the hosts to the total.

However, the Indian batters were unable to chase down the target, and the team was defeat by a score of 100 runs. Reece Topley name Player of the Match after scoring 6/24.

Also Read: A young girl in the crowd is struck by Rohit Sharma’s shot.