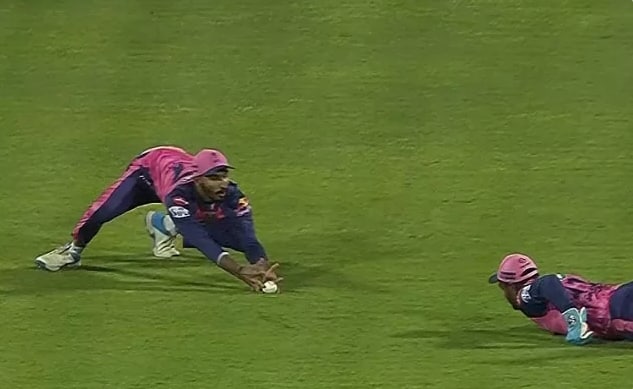 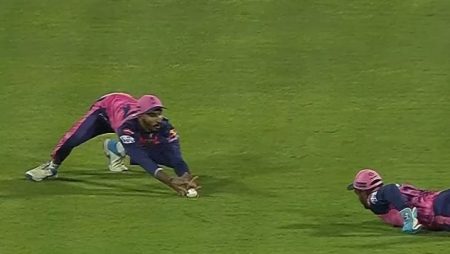 IPL 2022: SRH files a protest against the third umpire’s decision to dismiss Kane Williamson. In SRH’s game against RR, Devdutt Padikkal made the contentious catch of Williamson.

SRH have reportedly written to IPL officials to complain about the third umpire’s decision to dismiss their skipper Kane Williamson. On March 29, during a match between the Rajasthan Royals and the Sunrisers Hyderabad. Williamson edge a Prasidh Krishna delivery to the wicketkeeper, but it popped out of diving Sanju Samson’s hands and Devdutt Padikkal, who stood in the first slip area, had a grasp on it.

However, Williamson not persuade and the case was refer to third umpire KN Ananthapadmanabhan for confirmation. It certainly appear unclear after a few snaps of the catch, and the ball appear to have bounced in front of Padikkal’s hands before being grasped. Despite the images to the contrary, the third umpire was fairly convince of the catch. And the Sunrisers went on to lose the game by 61 runs.

Also Visit: “You’ve Got to Get Your Act Together,” Ex-India cricketer says of KKR captain Shreyas Iyer.

According to sources, an SRH franchise official confirmed that they have written to the BCCI to protest the decision of the third umpire and noted that the procedure requires the coach to write. Another franchise spokesman stated that the captain mentioned the decision in his report to the IPL match referee.

According to sources, an SRH franchise official confirmed that they have written to the BCCI to protest the third umpire’s decision and noted that the procedure requires the coach to write. Another franchise spokesman stated that the captain mentioned the decision in the report to the IPL match referee.

“The protest also mention in the captain’s report. Which is given to the IPL match referee following each game.” A team management spokesman added.

Meanwhile, head coach Tom Moody state that he’s surprise. After seeing the replay and was concern that the third umpire have enough evidence to make a decision.

“We were surprise that it given out, especially after seeing the replay.” I understand the on-field umpires taking it upstairs. And we saw the evidence when that happen. We’re not umpires, but it appear to us that the decision had been made.” Moody state this during the post-match press conference.