Shreyas Iyer makes his Test debut ‘Every kid dreams about that’. 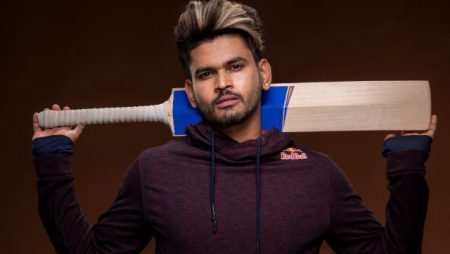 Shreyas Iyer makes his Test debut ‘Every kid dreams about that’.

Shreyas Iyer has amassed a large number of runs on the domestic circuit and in shorter formats of the game, but he only received his first Test cap late last year. In December 2021, the Mumbai-based batter made his Test debut against NZ in Kanpur, scoring a century on his debut. Iyer scored 105 in the first innings and 65 in the draw.

“There have been ups and downs over the last six months,” he said at the Clubhouse session, according to the Red Bull content pool.

“When we got to South Africa, I got a bad stomach ache that turned out to be an infection.” There have been both good and bad times. But I’ll count all of my accomplishments as a blessing. And I want to maintain and build on the momentum.”

Shreyas Iyer Test debut explains why he likes KL Rahul as a captain.

Iyer has played in all formats of the game, has been a captain, and has played under a few. In addition, he will captain KKR in the upcoming IPL season after previously playing for the Delhi Capitals. In South Africa, he was impressed by Rahul’s leadership abilities.

“It was a pleasure to play for him,” Iyer said of Rahul. “First and foremost, he is a fantastic player. The confidence he exudes on the field and in team meetings, as well as the support he gives to the players, are admirable. He has a calm demeanor and makes instinctive decisions on the field. I had a lot of fun playing under him. He also gave me three overs of bowling, which no other captain had done before. So he’s my favorite captain!”

Also Read: Shoaib Akhtar recalls a scary prediction made by a doctor when he was a child.