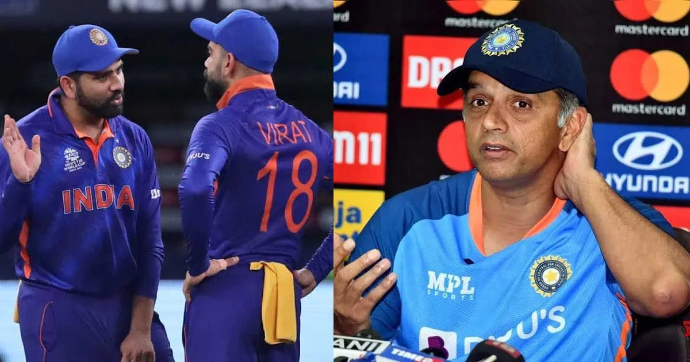 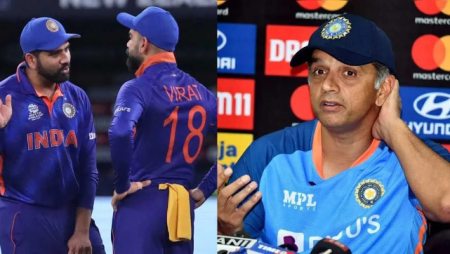 While the Indian ODI squad prepares for the series’ third and final encounter against New Zealand on Tuesday, January 24. Indian head coach Rahul Dravid has explained his position on releasing players for the current Ranji Trophy. He said that Indian captains Rohit Sharma and Virat Kohli will not play for their home teams. Since it would jeopardize their preparations for the highly anticipated series against Australia.

Several ex-cricketers and analysts believe Rohit Sharma and Virat Kohli should play in Ranji Trophy matches because they were rested for the T20I series against New Zealand. The idea made in order for senior cricketers to maintain their fitness and rhythm in preparation for the Border-Gavskar Trophy.

However, Rahul Dravid, former Indian captain and current head coach. Disclose that the top players would remain in the Indian camp since the Ranji Trophy quarter-finals will clash with the build-up to the Australia series.

“We would really want that the guys be allowed to play but it is a tough one for us. “I believe the quarterfinals are on the 31st or 1st. The build-up to Border-Gavaskar occurs at the same time. ” Dravid said to the media before of the third and final ODI against New Zealand.

We won’t be able to release any players in the run-up to such a large tournament: Rahul Dravid

The Indian head coach also stated that the management is willing to release players who would not be in the starting eleven for the Ranji Trophy semi-finals or final. He also said that the selectors are not selecting players who are in the quarterfinals of the main domestic championship.

“Obviously, in the build-up to a large event like that, we won’t be able to release any players, but when the series starts, and an opportunity presents itself where someone is not participating and is necessary in the semifinal or final then we will absolutely look at it. We have already decided that the selectors would not touch anyone participating in the Ranji Trophy quarterfinals,” he continued.