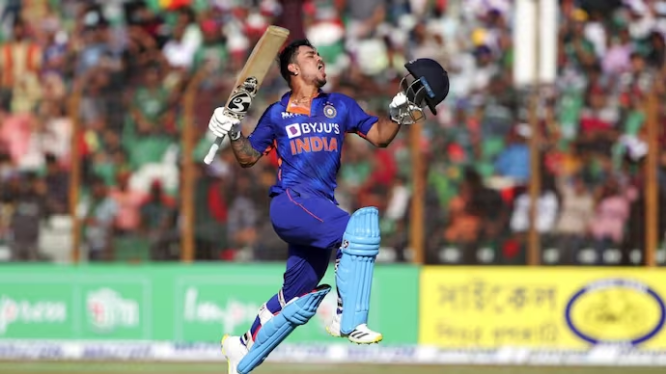 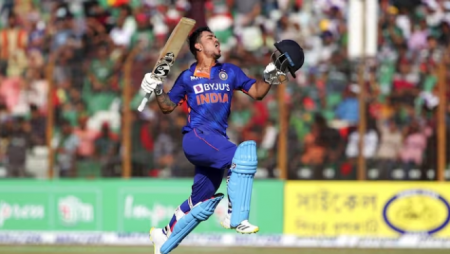 IND vs NZ: Rohit Sharma confirms Ishan Kishan’s batting position ahead of the ODI series. Ishan Kishan did not appear in the just ended ODI series against Sri Lanka.

Rohit Sharma, Team India’s captain, has announced that wicketkeeper-batter Ishan Kishan would bat in the middle order ahead of the ODI series against New Zealand. The Men in Blue will welcome the BlackCaps in a three-match ODI series. Followed by as many T20Is, beginning on Wednesday, January 18.

Rohit and company had a fantastic excursion against Sri Lanka, winning the ODI series 3-0 thanks to outstanding performances from the players. However, one name that did not make the XI was keeper-batter Ishan Kishan, who was left out after scoring 210 runs against Bangladesh lately.

However, Rohit stated that the southpaw will play in the middle order ahead of the series against the Kiwis.

“As for Ishan (Kishan), he will bat in the middle order. “I’m pleased he got a chance here after that excellent innings in Bangladesh,” Rohit was quoted as saying by PTI.

Also Visit: PCB reiterates its position on moving the next Asia Cup to a neutral location

Fortunately, we have spinners who are all-rounders who can bat: Rohit Sharma

The 35-year-old also remarked that having many spinners who can contribute with the bat has helped the team tremendously.

“Fortunately, we have spinners who are all-rounders who can bat. Washi, (Washington Sundar), Axar (Patel), (Ravindra) Jadeja, and Shahbaz Ahmed might provide depth. But we can’t forget about those two excellent wrist spinners (Yuzvendra Chahal and Kuldeep Yadav). For the final XI, you must consider the big picture,” he continued.

The path to the 2023 ODI World Cup has already begun, and both teams will be seeking to identify a core in time for the big tournament. The series will surely be essential since the teams will be able to judge their players’ performances as well as the pitch conditions. The Men in Blue take on the visitors in their first 50-over match on Wednesday, January 18 at the Rajiv Gandhi International Cricket Stadium in Hyderabad.

Also Read: Virat Kohli and Mohammed Siraj have risen in the ICC rankings