Taskin Ahmed will miss the opening ODI against India due to back strain. 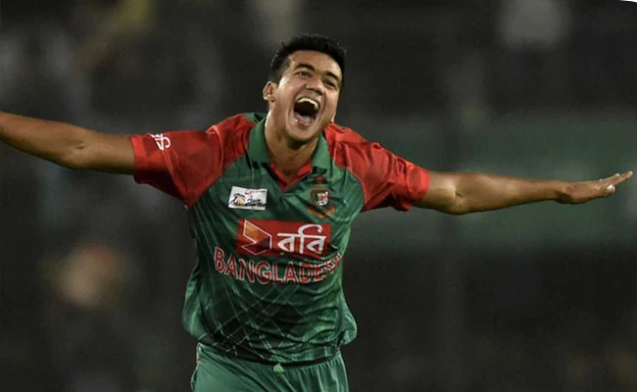 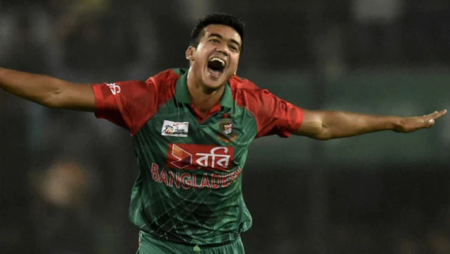 Taskin Ahmed will miss the opening ODI against India due to back strain. Shoriful Islam has been call up to the squad as a backup player.

Bangladesh’s ace bowler Taskin Ahmed has been rule out of the first game of their three-match ODI series against India due to a persistent backache. Given his current form, the 27-year-old fast bowler expect to lead the home team’s pace attack during India’s visit.

In Taskin Ahmed’s absence, Shoriful Islam brought to the team as a backup. Tamim Iqbal, who suffered a groin injury in the warm-up game before of the ODI series at the Sher-e-Bangla Stadium in Mirpur on November 30, added to Bangladesh’s injury woes.

“Taskin rule out of the first ODI due to a recurrence of back injury. ” We will wait to observe how he progresses before making any further judgments on his participation. Tamim’s scan report is still pending. He had a groin injury, and the doctor advised him to have a scan before deciding on his availability,” BCB chief selector Minhajul Abedin told Cricbuzz on Thursday.

Following the end of the ODI series, the two sides will play two Test matches. The BCCI has already named India’s team for ODI and Test matches as the Men in Blue prepare to begin their tour of Bangladesh and begin their preparations for the ODI World Cup in 2023. Following a dismal semi-final defeat from the ICC T20 World Cup 2022.

Also Visit: Ben Stokes leaves the door open for a return to the ODI World Cup in India

India’s senior players are preparing to return to action

India recently play New Zealand in an ODI series, but the squad headed by stand-in skipper Shikhar Dhawan, and the majority of the senior players were rest following a busy T20 World Cup schedule. Regular skipper Rohit Sharma will resume his duties, and KL Rahul and Virat Kohli will also return to the side. The hosts, on the other side, will be led by Tamim Iqbal.

Also Read: The weather is not in our hands: Arshdeep Singh