After losing a series in Australia, England drops to second place in the ODI rankings. 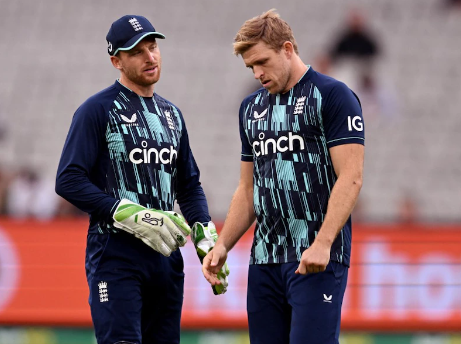 After losing a series in Australia, England drops to second place in the ODI rankings. England dropped to No. 2 on the ICC Men’s ODI Team Rankings as a result of their 3-0 series defeat to Australia, which allowed New Zealand to overtake them.

The 3-0 series defeat by Australia caused England to drop to No. 2 in the ICC Men’s ODI Team Rankings, giving New Zealand the top place. The path from winning the ICC Men’s T20 World Cup 2022 to losing in Australia was place in just 10 days, and the current ICC Men’s Cricket World Cup champions suffered many losses. The current ICC ODI rankings show that New Zealand has recaptured the top place in the list of ODI Team Rankings.

Before the series started, England had a comfortable lead with 119 rating points, five more than New Zealand. But after three straight defeats, they lost six points, and with 113, they fell behind New Zealand (114).

Read also: Ravi Shastri on India Star: “Doesn’t Get The Accolades He Deserves”

Australia received praise for their excellent work as well. They advanced one position, passing Pakistan, who held the position of fourth with 107 rating points, to grab it with 112 points. India now has a higher overall score than Australia, who are tie in terms of rating points.

India is place third with 112 rating points and 3802 total points. With 112 points overall and a fourth-place finish, Australia is rank.

When England travels to South Africa for a three-match series in January 2023, they will have another opportunity to reclaim first place.

Read also: Ravichandran Ashwin said – “I want Sanju Samson to get all the opportunities”