The Prime Minister of India, Narendra Modi, Recalls What He Told MS Dhoni About Star Cricketer in “Apna Ladka Hai” 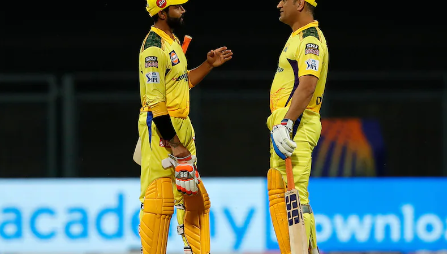 The Prime Minister of India, Narendra Modi, Recalls What He Told MS Dhoni About Star Cricketer in “Apna Ladka Hai”. Recently, PM Narendra Modi and former India captain MS Dhoni were involved in an intriguing event that was related by Ravindra Jadeja.

The Indian cricket squad would be missing Ravindra Jadeja’s skills at the 2022 T20 World Cup. The mega-event saw. Rohit Sharma-led team lose to England in the semi-finals because the balance of the team. Weakened due to the absence of the great all-rounder. With his shrewd left-arm spin, steady lower-order batting, and outstanding fielding, Jadeja has developed into a key player for the Indian cricket team over time. Jadeja has currently played 60 Tests, 171 ODIs, and 64 T20 Internationals for India. He was injure and miss the T20 World Cup.

“I had first met him (Prime Minister Narendra Modi) in 2010 in Ahmedabad. He was the chief minister of Gujarat back then,”

Jadeja stated in a video that Free Press Journal published.

“We (India) had a match against South Africa in the Motera Stadium. Mahi bhai (MS Dhoni), who was our captain back then, introduced me to him. Modi Sahab ne khud bola ki ‘bhai ye toh apna ladka hai, dhyaan rakhna (Modi Sir said, ‘He’s our boy, take care of him)’.

“You feel special when a person of such big stature says this personally. I felt really good when he said this.”

Rivaba, the wife of Jadeja, represents the BJP in the Jamnagar North district of the Gujarat Assembly elections.

All-rounder Ravindra Jadeja’s inclusion in Chennai Super Kings’ recent announcement of their complete list of retained players for the 2018 IPL season delighted many of their supporters. The CSK player struggled mightily in IPL 2022 as both his individual and team performance plummeted as soon as he assumed the captaincy duties. MS Dhoni was given the CSK captaincy back in the middle of the season.

As various press stories said that Jadeja had a falling out with the management, there was much uncertainty regarding his future with the team. But last week, Jadeja appeared on CSK’s roster of retained players, putting an end to all of those rumors.

CSK tweeted on Jadeja’s retention, and the tweet quickly gained popularity. CSK published, “Eighth Wonder To Stay With Us.”