Alyssa Healy will captain Australia in the T20I series against India. 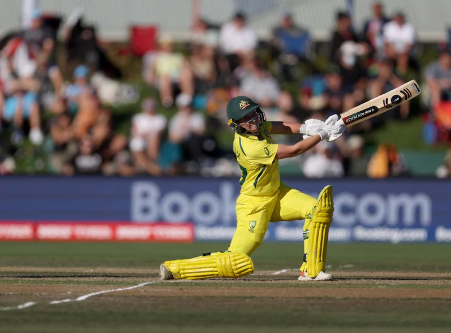 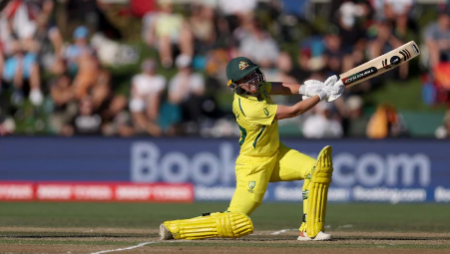 Cricket Australia (CA) picked a 15-member women’s side for the forthcoming five-match Twenty20 International series against India on Tuesday. Alyssa Healy will command the team in the absence of Meg Lanning. While all-rounder Tahlia McGrath select vice-captain for the series. Phoebe Litchfield, Kim Garth, and Heather Graham are all set to make their T20I debuts. With Litchfield and Garth picked to Australia’s first team.

Read also: “Your debut was better than…”: Shubman Gill Explains How MS Dhoni Made Him Feel Better

Alyssa Healy will captain Australia in the absence of Meg Lanning.

“These five matches form an important part of the team’s preparations for the upcoming T20 World Cup in South Africa as well as providing an opportunity for some players to gain some experience in Indian conditions.”

“India will be a good test; they’re a strong side and the two teams have had some good battles in recent times. Without Meg and Rachael, this series will provide opportunities for players particularly in the top order, so we’re looking forward to seeing who puts their hand up,”

“Kim’s another who’s been in our thinking, she’s had a couple of strong seasons with the ball and adds extra depth to our pace bowling stocks. Heather hasn’t had many opportunities to break into the side, but she’s toiled away with both bat and ball in domestic cricket. She adds depth to the middle order and provides Shelley and Alyssa with another pace bowling option,”

“Alyssa will get the chance to lead the side in Meg’s absence which is exciting, and Tahlia will no doubt take plenty from being her deputy. She’s worked hard on developing that side of her game and thoroughly deserves the opportunity.”

When asked about Alyssa, the selector stated

Australia will depart for India on December 4th, ahead of the first Twenty20 International on December 9th.

Read also: Joe Root has expressed his intention to play in the IPL 2023. -‘It would be great to get involved’