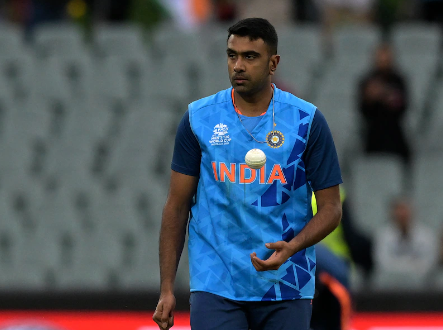 Ashwin’s remarks come two days after former head coach Ravi Shastri expressed his confusion. Over the necessity for a vacation for the coaching staff. Given that they have adequate relaxation during the Indian Premier League. Ashwin claimed that Dravid and his teammates worked really hard during the T20 World Cup, where they were able to go to the semifinals. Before losing to England and being eliminated.

Read also: Australia Star’s “Crazy” Effort On The Boundary Is Denied, As You Can See Six Dawid Malan

“I will explain why Laxman has gone there with a completely different team because even that could be interpreted differently here. Rahul Dravid and his team put in extensive hard work ahead of the T20 World Cup, right from planning, since I saw this from close quarters, I’m saying this,”

“They had specific and in-depth plans for each venue and each opposition. So, they would have been under not only mental but also physical burnout and everyone needed a break. As soon as the New Zealand series ends, we have the Bangladesh tour. That’s why we have a different coaching staff led by Laxman for this tour. This also shows we have a lot of talent lying here in India and they are getting their opportunities, not only from a playing front but also from a coaching front,”

Rahul Dravid, the head coach of India, and his staff of coaches, which included Paras Mhambrey, the bowling coach, and T Dilip, the fielding coach. Were given a break from their duties for the current white-ball series against New Zealand. In their place, VVS Laxman, the director of the National Cricket Academy (NCA), will be in charge of the match. Dravid has taken breaks before; for example, he skipped a tour of Ireland prior to the Test series against England.

According to former Team India head coach Ravi Shastri, two to three months of the IPL should be ample time for coaches to take a break.

“You get 2-3 months off during the IPL, that’s enough time for you to rest as a coach, other times, I think the coach should be hands-on, whoever he is,”

Read also: According to reports, India will play Cheteshwar Pujara and Umesh Yadav A team for the trip to Bangladesh