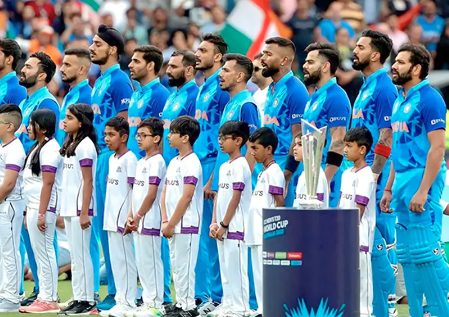 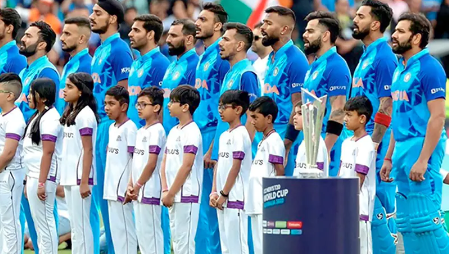 Pakistan’s Greats Provide A Surprising Analysis Of India’s Mistakes in “Since The Start Of IPL”. Wasim Akram, a former captain of Pakistan. Brought up the fact that India hasn’t won the T20 World Cup since the Indian Premier League debuted in 2008.

India was eliminated from the T20 World Cup on Thursday after losing to England by a disgraceful 10-wicket margin in Adelaide’s second semi-final. Since winning the first T20 World Cup in 2007, when they triumphed against Pakistan in the championship match to claim the trophy in Johannesburg, South Africa, India has since failed to do so. Many questions about the team’s strategy have been raised in the wake of India’s defeat against England. Wasim Akram, a former captain of Pakistan, brought up the fact that India hasn’t won the T20 World Cup since the Indian Premier League debuted in 2008.

“Everyone thought the IPL will be the big difference between India and other teams. IPL started in 2008. India won a T20 World Cup before that in 2007. Since the start of the IPL, India have never won a T20 World Cup. They won a World Cup in 2011 but that’s 50 overs,”

Speaking on A Sports, Akhtar.

Akram also questioned Shoaib Malik and Waqar Younis, his fellow panelists, about whether or not playing in a second franchise league in addition to the IPL would have benefited India.

While the IPL is a significant platform for young players to gain exposure, Malik responded in response to the questions that playing in foreign leagues would enable players to more accurately gauge the circumstances.

“Yeah it makes a difference but IPL is big enough for young players to gain that exposure. But playing in different conditions, that actually makes a difference. As a overseas player if you go and play somewhere, they put extra responsibility on your shoulders. So that what matters, where you become a good player. You think to yourself that as an overseas player, the performances I am putting in should be up to the mark. Secondly, you share dressing rooms with world class players and you learn from their work ethics. How they are so consistent so I guess there are so many elements which make a difference,”

Read also: According to the ICC, the Afghanistan Government has agreed in principle to relaunch women’s cricket.