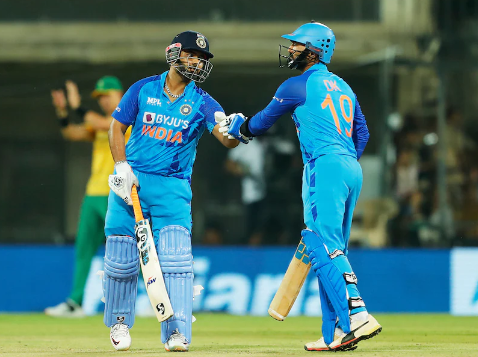 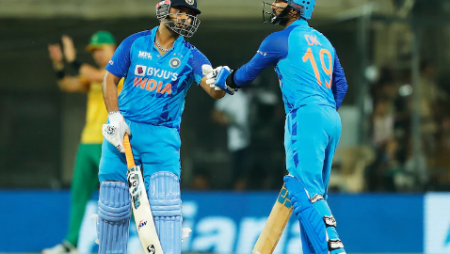 There is still a significant problem with the wicketkeeper choice as Indian cricket prepares for the T20 World Cup 2022 semifinal match against England. Before Rishabh Pant was choose for the dead rubber against Zimbabwe, Dinesh Karthik appeared in 4 of the 5 Super 12 games. Due to the size of the Adelaide Oval and Pant’s previous performance against England, the southpaw may end up manning the stumps. But choosing isn’t easy since Pant can’t play the finishing position that Karthik has carved out for himself. The fact that Karthik has failed to complete the innings on a few occasions when given the chance must also be consider.

Here is our suggested starting lineup for India’s match versus England in the semifinals.

Rohit Sharma, the Indian team’s captain, hasn’t been playing well this season; he has only one fifty-plus to his credit. He could have the ideal chance to return to form in the semifinal matchup with England.

Rahul KL, Rahul has successfully restored the lost form that caused him to struggle in the first three games with two consecutive fifty-plus scores in the final two games. At Adelaide Oval, India needs him to strike against England.

The face of Indian cricket, Virat Kohli, has finally rediscovered his finest form. With 246 runs scored in 5 games, Kohli is the tournament’s top scorer. His victory over England would be crucial to India’s prospects.

Suryakumar Yadav, at the moment, Suryakumar is a bowler’s worst nightmare, making him a fierce competitor for Virat Kohli’s “player of the tournament” honor. England’s captain Jose Buttler is aware of how important it would be to put him to sleep.

Hardik Pandya, The all-around player has performed admirably for India in each of the game’s three phases. He has, however, fallen a bit short as a finisher. Against England in the semifinal, a devastating blow may be on the way.

Who will keep for the India T20 World semi-finals lineup?

Rishabh Pant and Dinesh Karthik are now neck-and-neck for the position of wicket-keeper. The southpaw could perhaps be favoured over the seasoned hitter while playing England.

Axar Patel, Even though his performance has been questioned, Axar isn’t anticipated to be benched against England. His ability to score runs down the order and left-arm spin bowling will be very helpful to India.

Bhuvneshwar Kumar, The seasoned seamer has historically performed admirably against England captain Jos Buttler. He will try to defeat him once more.

Mohammed Shami, Although he hasn’t taken many wickets for India in this tournament, Shami has the expertise needed to perform under pressure.

Arshdeep Singh, who is perhaps India’s best bowler in the T20 World, will be aiming to add to his current tally of 10 wickets taken.

Read also: Danushka Gunathilaka insists on her innocence and the case has been postponed until January 12, 2023.