‘We definitely miss him,’ says Shardul Thakur of MS Dhoni ahead of the 2nd ODI against South Africa in Ranchi. 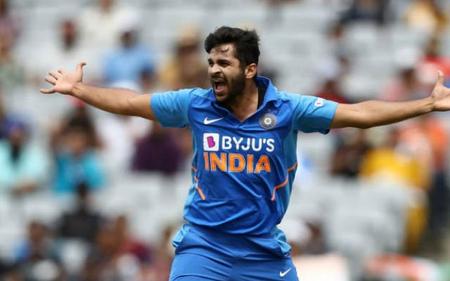 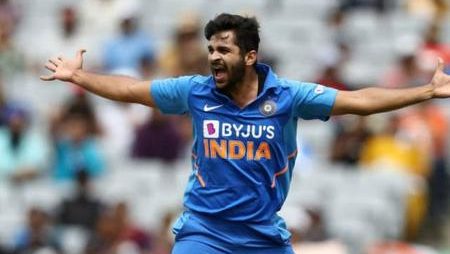 ‘We definitely miss him,’ says Shardul Thakur of MS Dhoni ahead of the 2nd ODI against South Africa in Ranchi. Shardul also discussed the difficulties Indian bowlers have faced in recent white-ball matches.

On Sunday, the second One Day International (ODI) between South Africa and India will take place at Ranchi’s JSCA International Cricket Stadium (October 9). South Africa won the opening game in Lucknow to take a crucial 1-0 series lead. Now, the game that India must win will be play in Ranchi, the hometown of legendary player and former Indian captain MS Dhoni.

In the pre-game press conference on Saturday, Shardul Thakur was ask about MS Dhoni. The in-form pacer acknowledged that everyone misses the former wicketkeeper batter and discussed the latter’s experiences in advance of the second ODI match.

“Everybody misses him because his experience matters a lot. He has played more than 300 ODIs, close to 90 Tests and he played a lot of T20Is as well. So this much-experienced player, it is rare that you come across such an experienced player. We miss him definitely.”

India has never participated in a one-sided match; there is always a struggle: Shardul Thakur

Indian bowlers have had trouble in recent white-ball matches, and the opening ODI match showed no signs of improvement. While batting first, South Africa easily amassed a substantial 249 run total in just 40 overs, with only four wickets falling to Indian bowlers.

In his eight-over spell, Shardul take two significant wickets while allowing only 35 runs to be score. However, players like Mohammed Siraj and Avesh Khan have trouble getting wickets and end up being costly. In the last two T20I games of this series, South Africa also scored 200-plus totals, adding to the criticism of the Indian bowlers. However, Shardul has noted that the opposition’s bowlers are also giving up significant runs, and India has never played a one-sided match.

“The bowlers who are coming to play here are also being hit for runs. If you look at the T20I series against South Africa and you criticise our bowlers, then you should criticise their bowlers as well because we won the series. Their bowlers were scored off as well. When you ask about someone’s consistency, one should see the pitch conditions.”

“Sometimes we play ODIs, where more than 350 runs are scored. In that case, every bowler will be taken for runs. India have never played a one-sided game; the fight is always there. There is always fight and the matches have been really good. We have lost 1-2 odd matches but we have won the maximum number of games so consistency is there within the team.”

Read also: LLC: Gujarat Giants Get a Huge Boost as Chris Gayle Returns For Next Game