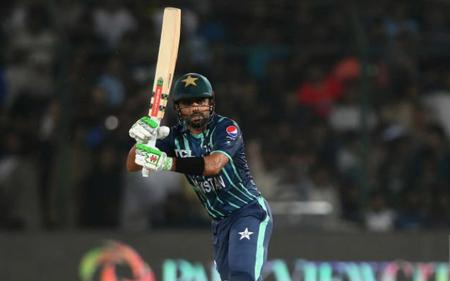 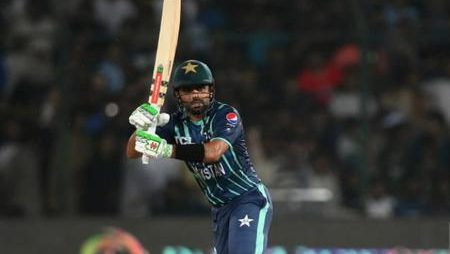 In their opening innings of play, the Kiwis lost the wicket of Finn Allen just as he appeared to go crazy. Although Devon Conway and skipper Kane Williamson did keep the ship afloat, the team management was certainly concerned about their strike rate. Since Kane Williamson’s performance in T20Is has been scrutinized for a while, this performance could give him more confidence, but it won’t help the squad put on a strong performance.

Conway scored 36 points off of 35 shots, while Kane only managed 31 off of 30. Pakistan’s bowlers were able to completely take control of the situation since they never really got going. As the rest of the middle-order hitters were, to put it mildly, subpar, Mark Chapman was the only player to display intent. The second-highest run-scorer for the New Zealand team was Chapman, who had 32 off of 16.

On the other side, Pakistan was excellent with the ball. Except for Shadab Khan, every bowler who finished two or more overs claimed a wicket. Haris Rauf and Mohammad Wasim Jr. performed admirably in the last overs of the game, with Rauf taking three wickets and conceding only five runs. The squad deserves praise for holding a potent New Zealand side to only 147 runs after 20 overs.

Mohammad Rizwan battled at the top and was out for four runs in 12 balls while chasing 148 runs. Blair Tickner fired Shan Masood shortly after that, and things were not looking good for the Men in Green. Babar Azam, the captain, rose to the occasion like he does most of the time and hit the game-winning blow.

Babar scored 79 runs with the aid of 11 boundaries, but Shadab Khan deserves praise as well for assisting the captain on the path. Multiple times in the past, Pakistan’s middle order has been questioned, but Shadab shown resolve and hit 34 off 22 balls to relieve some pressure. In the end, Nawaz and Haider Ali also appeared to be in excellent touch. There are numerous positives for Pakistan to take from this, but Babar’s performance leading up to the T20 World Cup will allow the supporters to unwind before the trip to Australia.

“As a captain, I’m very happy. We assessed the conditions and executed our plans, our bowlers bowled very well.”