To face rape allegations, Sandeep Lamichhane will travel back to Nepal. 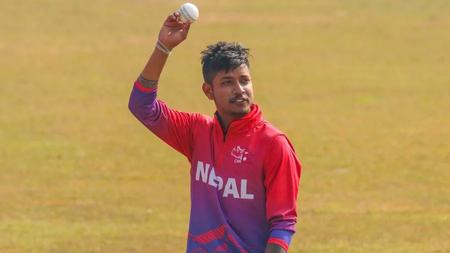 Sandeep Lamichhane, a former cricket captain from Nepal, is returning home to face rape accusations bring by a kid. He will arrive in Kathmandu on October 6. In keeping with his promise. The 25-year-old banned cricketer posted on his official Facebook account to herald his presence in the nation.

A 17-year-old girl’s claims led to the Kathmandu District court issuing an arrest order for the cricketer. Upon his arrival, Lamichhane would be detain by the Immigration Service, which had blacklisted him. In a Facebook post announcing his arrival, the Nepalese cricket player insist that he was innocent in the matter.

“As per my sincere commitment to submit myself to the authority of Nepal, I am landing at 10:00 am from Qatar Airways in the Tribhuvan International Airport at Kathmandu. I am sure I will get justice and will return to the cricket ground soon to make the name and fame of my beloved country and I pray for a speedy trial. I will fully cooperate in all stages of the investigation and will fight a legal battle to prove my innocence. Let the justice prevail,”

Read also: Green continues to start for Australia in the bowling against the jet-lagged West Indies.

The Nepalese announced in a Facebook post on the first of this month that he intended to return to the nation and turn himself in to the police. The day following his arrival on October 6th, he made clear that he was prepared to undertake a legal struggle.

“With great hope and strength, I hereby confirm that I am reaching to my home country Nepal on this 6th October 2022 and will submit myself to the authority of Nepal to fight a legal battle against false allegation,”