Prior to the tri-series, Mitchell Santner has been given cover by Blair Tickner while Santner is on paternity leave 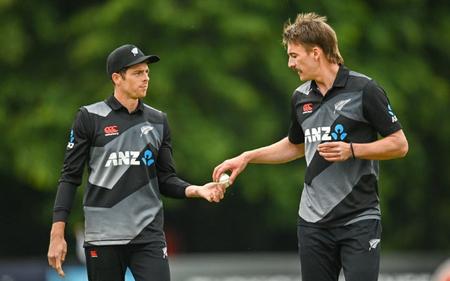 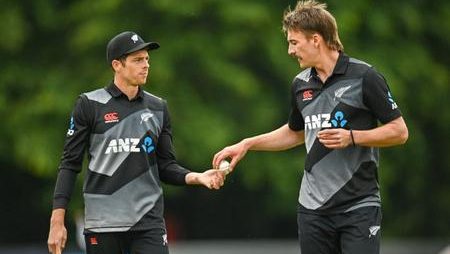 Prior to the tri-series, Mitchell Santner has been given cover by Blair Tickner while Santner is on paternity leave. In the opening T20 International of the tri-series, Pakistan will play Bangladesh.

Right-arm medium pacer Blair Tickner has been brought in as a backup for left-arm spinner Mitchell Santner, who won’t join the squad until the weekend after giving birth to his first child last week. In the meanwhile, as the Black Caps get ready to start their crucial last round of training for the T20 World Cup, Santner will be on parental leave.

Tickner, 28, has taken 12 wickets while representing New Zealand in 11 T20I matches. Blair has a respectable record in the game’s shortest edition, posting an economy of 8.79. Trent Boult, Tim Southee, and Lockie Ferguson are already on the team, therefore Blair could have to sit on the bench unless skipper Kane Williamson surprises everyone by bringing him in.

On October 7, 2022, at Christchurch’s Hagley Oval, Pakistan will play Bangladesh in the opening match of the tri-series. On October 8, New Zealand will take on the Men in Green at the same location, joining the action.

At times, it appears as though the top order has lost faith in the middle order: PCB chief chooser.

Mohammad Wasim, the head selector of the Pakistan Cricket Board (PCB), made a surprising revelation before to the tri-series and the T20 World Cup in Australia. It is well known that players like Babar Azam and Mohammad Rizwan want to play out the entire game, yet doing so lowers their strike rate. Wasim is the most recent individual to poke fun at the captain and his deputy in relation to the ongoing situation.

It does look sometimes like the top order doesn’t trust the middle order, but you can improve this. As a batter, you get disappointed, but at the same time, you have to look up to the other group as well. I am sure coaches have spoken and this isn’t a good message that the top-two wickets falling result in the entire team getting out. So there is a need to show more faith on the others,”