Injury forces Issy Wong out of the WBBL; Hayley Jensen is named as a substitute by the Hobart Hurricanes 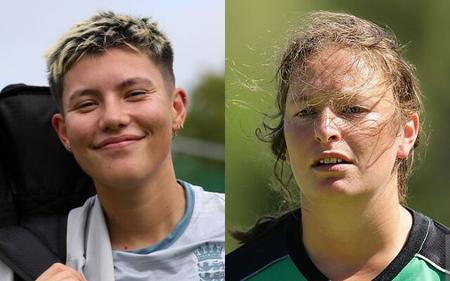 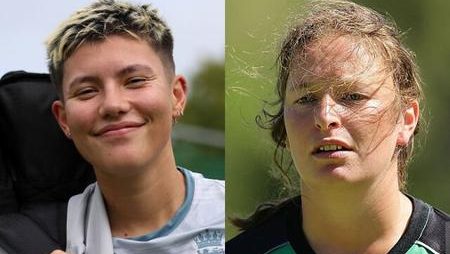 Injury forces Issy Wong out of the WBBL; Hayley Jensen is name as a substitute by the Hobart Hurricanes. Issy Wong, a rising pacer who has competed for England in the CWG 2022 and Birmingham Phoenix in The Women’s Hundred 2022, has been injure and will not be able to compete in the forthcoming WBBL.

Due to an injury, Issy Wong, an England fast bowler, will not participate in this year’s Women’s Big Bash League (WBBL). She was going to stand in for the Hobart Hurricanes. In the meanwhile, Hayley Jensen of New Zealand has been name Wong’s successor.

The loss of Issy will be devastating to the Hurricanes’ speed assault. Additionally, it should be mention that Jansen participated in the WBBL’s 2020–21 season as a substitute player for Hobart. Jensen continued by saying that she will seize the chance to represent the Hobart Hurricanes in the future season.

Read also: Watch as Skipper Rohit Sharma is perplexed when Mohammed Siraj steps on the boundary rope while taking a catch.

“It’s really unfortunate for Issy the way this opportunity has come about for me, but I’m definitely going to take it with both hands,”

“It was a really unusual situation we were all in back in 2020 when I last played in the WBBL, but I felt really welcomed by the Hurricanes team and enjoyed my time in purple”

Wong, 20, got into the England women’s team this year and has played eight T20Is and three One Day Internationals. She also played one Test match, against South Africa, in June. Wong went on to take three wickets in the game with an economy of 3.68.

The Chelsea-born cricketer went on to compete at the Commonwealth Games 2022, where England placed fourth after losing the bronze medal match to New Zealand. She went on to represent the Birmingham Phoenix in the second edition of The Women’s Hundred. Issy has been with the Birmingham-based franchise since the tournament began in 2021.

The 20-year-old was meant to be playing in his second WBBL season, having previously played for the Sydney Thunder. Heather Knight had to withdraw from the competition due to hip surgery, hence she became the second England player to do so.

Read also: James Anderson states that when Charlie Dean ran out, India lacked sympathy: “There wasn’t any compassion there at all.”