Adam Gilchrist believes this star should be in the Indian team starting XI. 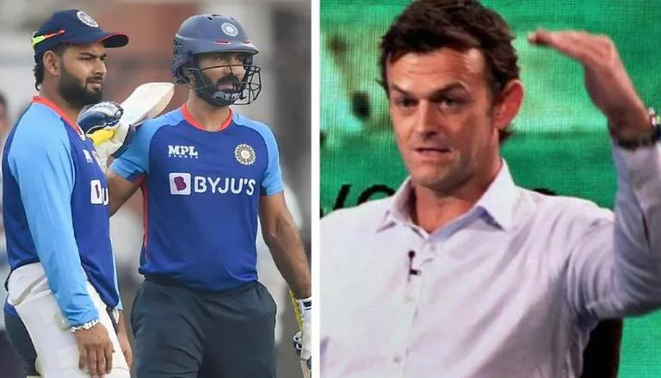 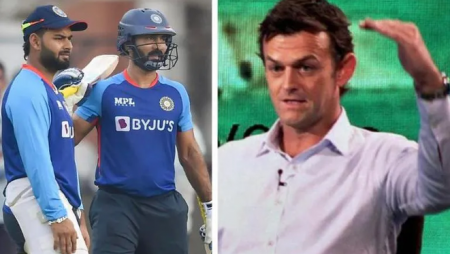 Adam Gilchrist believes this star should be in the starting XI. Former Australia wicketkeeper-batter Adam Gilchrist has stated that both Pant and Karthik will play in his selection.

Wicketkeepers Rishabh Pant and Dinesh Karthik have both been nominated to India’s T20 World Cup team, although it remains to be seen whether both can participate. The team management chose Dinesh Karthik over Pant in the opening T20I against Australia. However, the decision not to send Karthik after the fourth wicket fell in the 14th over was criticized. Former Australia wicketkeeper-batter Adam Gilchrist has stated that both Pant and Karthik will play in his selection.

Pant is also a “must” in the Indian team, according to him.

“The dare of Rishabh Pant and the courage for him, the way in which he takes on bowling attacks. I think he’s got to be a must in that Indian line-up. They can play together, but I think Rishabh Pant has definitely got to be in there,” the official website of ICC quoted Fox commentator Gilchrist as saying.

“It will be fascinating to see whether they can both play on the same squad. I believe they can. What they contribute to a team is Dinesh Karthik’s versatility; he can bat at the top of the order or, as he has done more recently, bat in the middle and late overs to finish. He has an excellent touch game “He went on to say.

Pant has scored 934 runs in 58 Twenty20 Internationals, with an average of 23.94 and a strike rate of 126.21. However, the left-handed hitter has not achieved the expected success in the shortest format.

Karthik was called up to the Indian team earlier this year after some impressive performances for Royal Challengers Bangalore (RCB) in the Indian Premier League (IPL).