Hardik Pandya hits a hat-trick of sixes off the last three balls of the first T20I against Australia. 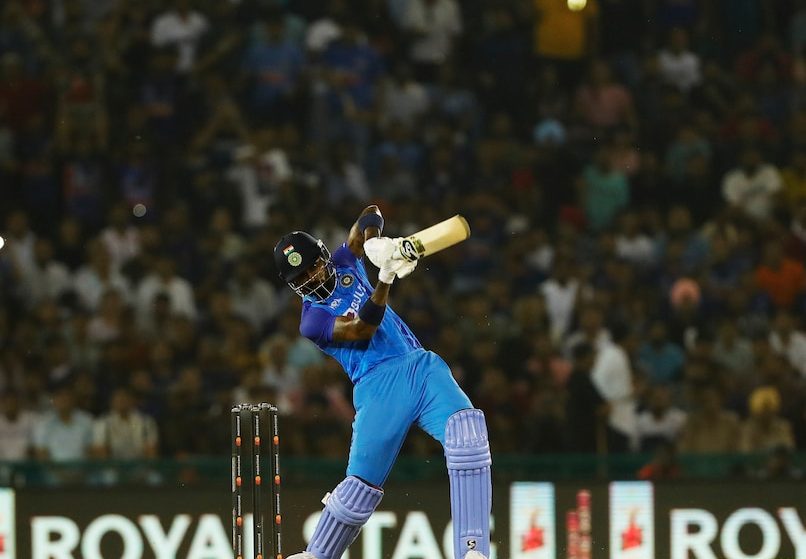 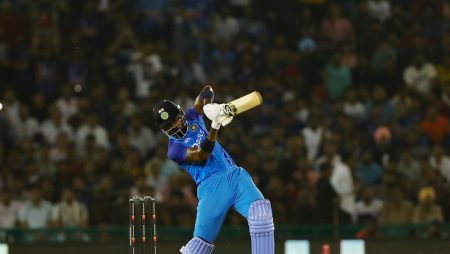 Hardik Pandya hit a stunning unbeaten 71 off 30 deliveries on Tuesday in Mohali. His effort in vain as Australia won the first T20I against India. India batted first and posted a total of 208/6, with Hardik providing firepower at the end. The all-rounder, who has been on a roll, struck well throughout his innings, but turned up the heat against Cameron Green in the final over of India’s innings. Hardik went 6, 6, 6 off the last three balls to take India to a strong total after turning down Harshal Patel for a single off the second delivery and managing two runs off the third.

Hardik first hit a short delivery over midwicket for a six. He then slapped a short and wide delivery over point to complete his hat-trick of sixes.

Hardik’s half-century was his second in T20Is. It was especially important because India needed a big total on a good batting pitch.

However, it was insufficient as Australia surpassed the target with four deliveries remaining.

The visitors took a 1-0 series lead thanks to Cameron Green’s 61 off 30 deliveries at the top of the order and Matthew Wade’s unbeaten 45 off 21 at No.7.

Axar Patel shone with the ball, taking three wickets for 17 runs in four overs, but the rest of the Indian bowlers were hammered by the Australian batters.