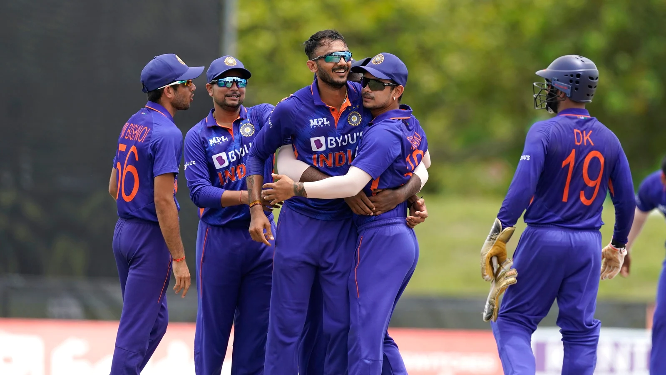 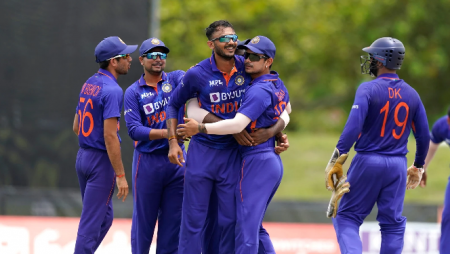 Kiran More dissatisfied with India’s squad selection for the Asia Cup 2022. “I really thought Shami or Axar Patel should have taken that role,” More said.

The BCCI announced a 15-man squad for India’s 2022 Asia Cup campaign on Monday. Former India skipper Virat Kohli and India opener KL Rahul made their comeback, but there was also disappointment as Jasprit Bumrah was ruled out due to injury. However, former selection committee chairman Kiran More questioned the decision to include Ravichandran Ashwin in the squad.

Kohli was rested for India’s recent series against the West Indies in order to focus on his form, and his name is also missing from the squad that will face Zimbabwe later this month. Rahul, on the other hand, recovered from a groin injury sustained during the IPL 2022, which was followed by a recovery from the COVID-19 virus, which kept him out of the international setup for over two months.

Look at his IPL record; it’s not great: Kiran More

In an interview with Star Sports following India’s squad announcement, Kiran More expressed his thoughts on the matter, revealing that India could have gone with an extra seamer in the form of Mohammed Shami, or the selectors could have gone with Axar Patel as the all-rounder spin option instead of Ashwin.

“I was taken aback. How can Ashwin possibly be a part of this team? And each and every time. Even in the most recent World Cup, he was named to the squad but did not play. Look at his IPL record; it’s not great. Shami or Axar Patel, in my opinion, should have played that role. And Axar has done exceptionally well. Shami is my player, and he will participate in the World Cup. I’m looking for wicket-taking bowlers. “Shami can take wickets with the new ball, in the middle overs, and even in the slog overs,” he said.

The bowling attack consists of two spinners, Ravi Bishnoi and Yuzvendra Chahal, as well as three spin-bowling all-rounders, Ravindra Jadeja, Ashwin, and Deepak Hooda. While Kiran More praised young Bishnoi for being called up to the squad and did not criticize the team’s decision to include other spinners, he did admit that seeing Ashwin’s name on the roster surprised him.