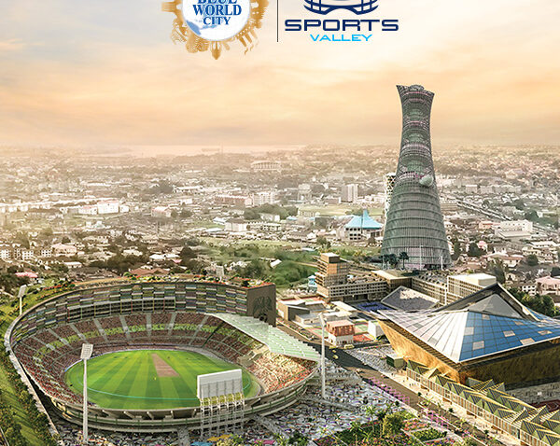 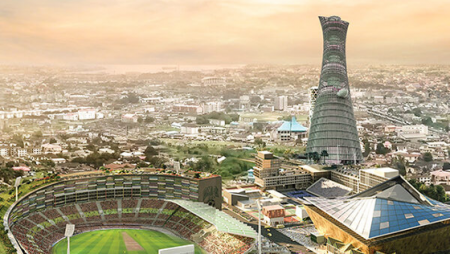 Pakistan is planning to build the world’s first purpose-built tourist city, which will include a sports valley. On August 4th (Thursday), investors, real estate professionals, and Blue World City officials gathered for an orientation ceremony to discuss this project.

All participants were informed that the main goal is to construct a sports valley complete with modern facilities and amenities. Blue World City’s intention to build Pakistan’s largest cricket stadium was announced during the orientation ceremony. They expect to have 55,000 spectators on the ground, which will be a game changer for Pakistan cricket and business.

Mr. Saad Nazir, Chairman of Blue World City, stated to the media on this occasion, “we are introducing a world-class Sports Valley in the World’s first purpose-built tourist city, which will prove to be a revolution in the Pakistani real estate market and will promote both domestic and international sports activities.”

Also Visit: ‘I could have returned 2-3 weeks ago if I had wanted: Deepak Chahar

Here are some other notable features near the stadium.

Other high-rise commercial complexes and residential apartments will be built near the stadium. Because the primary goal is to provide a pleasant experience for all tourists, the organizing committee will also construct a Torch Hotel, Villaggio Mall, and various Sports Clubs. Other facilities will include hockey rinks, basketball courts, tennis courts, and much more.

“By introducing unique and innovative projects in the country’s real estate market, we hope to take it on a path of development consistent with global standards,” he added.

The estimated dates are unknown, but the company will move quickly to complete the tasks. At the moment, it is nothing more than a plan.

Also Read: “One of the best team environments” Dinesh Karthik says of the current coaching setup.