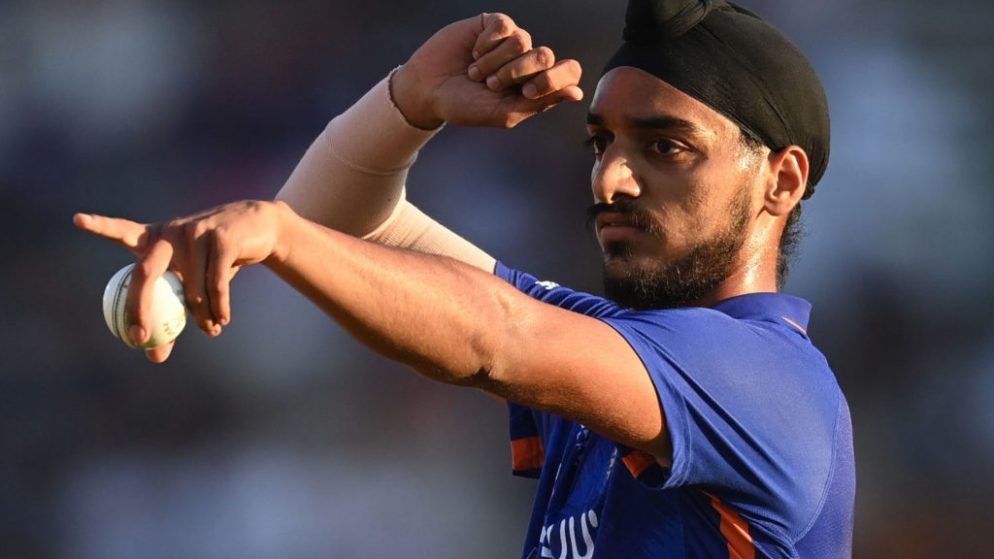 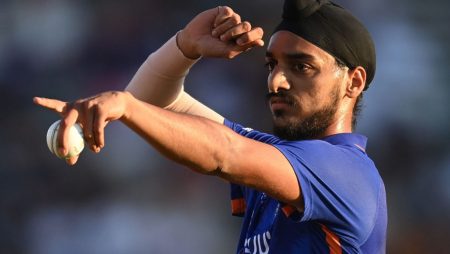 Chetan Sharma should select Arshdeep Singh for the T20 World Cup: K Srikkanth. Arshdeep Singh has taken wickets in each of his four T20I matches so far.

Arshdeep Singh has been backed by former Indian captain Krishnamachari Srikkanth to play in the upcoming 2022 T20 World Cup in Australia. The Indian management will be looking to identify their preferred squad in the coming weeks, with less than three months until the mega event. With so many rotations in every department and position, predicting who will make the Australia tour is difficult.

Since the conclusion of the 2021 World Cup, India has used 11 different pace bowlers. In the ongoing T20I series against the West Indies, Bhuvneshwar Kumar is leading a young squad that includes Arshdeep, Avesh Khan, and Harshal Patel. However, it is safe to say that Bhuvneshwar Kumar is the only confirmed player who will travel to Australia. Jasprit Bumrah has been rested for this tour, and experienced pacer Mohammed Shami has been in and out of the white-ball squad recently.

Avesh and Harshal have both played a number of matches in the Indian jersey this year but have yet to make a significant impact. Avesh has nine wickets in 11 T20Is, with an average of 34.77 and an economy rate of 9.11. He has experience on his side and has shown a lot of promise in the Indian Premier League over the last two seasons. However, he has not done enough to secure his place in the World Cup squad thus far.

Arshdeep has a better start to his international career than Avesh, having taken wickets in all four matches he has played so far. Last month, he made his T20I debut against England, taking two wickets while conceding only 18 runs. Now on the West Indies tour, he has played in all three opening T20Is and bowled all 12 overs. He has taken four wickets in the series, with an impressive economy rate of 6.91. Srikkanth was also impressed with Arshdeep’s performances on the West Indies tour and has urged Indian chief selector Chetan Sharma to select him for the World Cup.

“He (Arshdeep) will be the world no. 1 in T20Is in the future.” He is simply amazing. Arshdeep Singh, please! Make a mental note of it. He will play in the T20 World Cup. Please take his name as well, Chetu,” K Srikkanth said on FanCode. Former Indian pacer Ashish Nehra recently backed Arshdeep over Avesh for the upcoming World Cup.