Yuzvendra Chahal reacts to the weather in Ireland 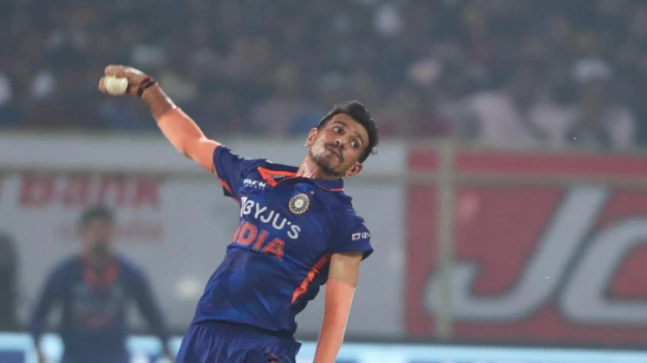 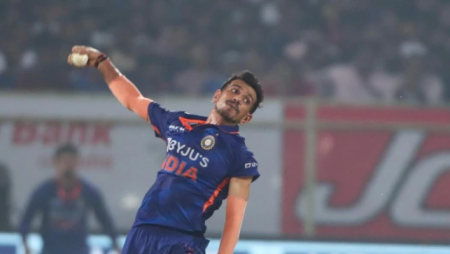 Yuzvendra Chahal reacts to the weather in Ireland.’Sometimes it’s difficult, but you have to adapt to every situation,’ Chahal said.

The Indian players in Dublin have experienced a variety of weather conditions. During their stay for the ongoing T20I series, including rain, sun, and a cold breeze. While the first Twenty20 International delayed by two hours and twenty minutes on Sunday. Yuzvendra Chahal explained how he and his teammates dealt with the cold weather.

Chahal was one of the standout bowlers in the short duration of the match. Which was reduced to 12-overs-a-side, bowling three overs and conceding only 11 runs. When Harry Tector and Lorcan Tucker formed a partnership in the game, Chahal brilliantly dismissed the latter to halt the Irish batters’ momentum.

“Extremely difficult” (to bowl in these cold conditions). Today I felt like a finger spinner. “It’s difficult at times, but you have to adapt to every situation,” Chahal said after being asked how difficult it was to bowl in such conditions during the presentation ceremony.

Also Visit: Hardik Pandya After Umran Malik Only Gets One Over In India’s First T20I Against Ireland

Hardik gave me permission to carry out my plans: Yuzvendra Chahal

The first T20I victory marked Pandya’s debut as a national team captain. Pandya was appointed India’s ninth T20I captain and began his tenure with a magnificent seven-wicket victory. He executed his all-round duties flawlessly, picking up a wicket in his first over and following it up with a crucial knock in the second innings.

Chahal also expressed gratitude to skipper Hardik Pandya for allowing him to play his original game, saying, “The atmosphere under Hardik is chill, he gave me the freedom to execute my plans.”

In the first innings, India restricted Ireland to 108/4 in their 12-over quota, with Chahal, Avesh Khan, Bhuvneshwar Kumar, and Pandya each taking a wicket. In response, Deepak Hooda batted unbeaten to open India’s batting for the chase, and his partnership with Pandya helped the Men in Blue take a 1-0 series lead.