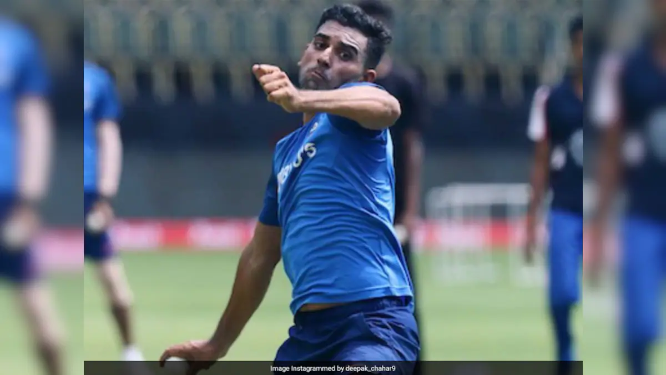 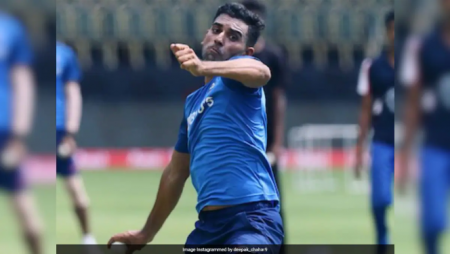 “I don’t think I’ll be fit for the England T20s,” says pacer Deepak Chahar. Deepak Chahar, India’s T20 specialist, will need four to five weeks to fully recover from the hamstring injury that kept him out of the IPL 2022.

Pacer Chahar and another centrally-contracted cricketer, Washington Sundar, are currently undergoing rehabilitation at NCA alongside T Natarajan and others.

Another significant development is that spin all-rounder Washington is set to fly to England to play for Lancashire, a leading county side.

“Washington is getting close to full fitness and requires a lot of game time. Which he will only get in red ball cricket. He’ll be playing for Lancashire, and the experience will be invaluable to him “On condition of anonymity, a BCCI source told PTI.

Also Visit: ‘There’s no need for him to audition,’ says Aakash Chopra of ‘X-Factor’ Rishabh Pant

Pacer Deepak Chahar comeback vehicle could be the WI tour or the Asia Cup.

Chahar, who was injure during the home series against the West Indies in Kolkata. Appear in good shape during his morning workout at the NCA.

“As part of my rehabilitation program, I am currently bowling four to five overs in a row. My recovery is going well, and I believe it will take another four to five weeks for me to be match ready “Chahar told PTI following his rehab session.

The Rajasthan seamer admitted that he will not be able to recover in time for India’s T20 series against England in the second week of July.

“In terms of recovery, it is a step-by-step process. I don’t think I’ll be able to play in the England T20s. I’ll need to play some club-level games to test my fitness once I’m match fit. ” Chahar stated He appeared to be at ease while batting for an extended period of time.

So, can he be expect to be fit for a West Indies tour? “I can’t say that, but I will try to get in shape by then. Let’s see what happens “said the swing bowler.

Also Read: Shahid Afridi on India’s dominance in the world of cricket