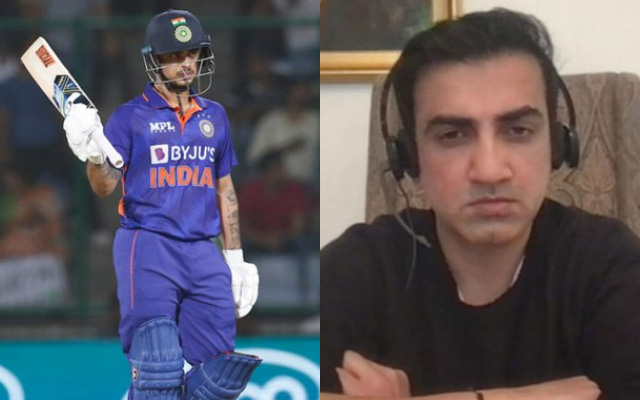 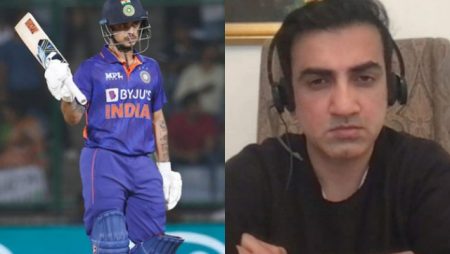 Former India batsman Gautam Gambhir believes that even with the return of senior top-order batters KL Rahul, Rohit Sharma, and Virat Kohli. India must keep Ishan Kishan in the playing XI for the T20 World Cup in 2022. Kishan’s ability to play backfoot shots, according to Gambhir, would be useful in Australia’s bouncy pitches.

Kishan must be in the team because of his fearless approach. The x-factor that the 23-year-old can provide, whether or not he scores runs. The World Cup champion also mentioned the possibility of Kishan opening alongside Rohit and Rahul in the middle order.

“The question is whether the Indian team will stick with KL Rahul, Rohit Sharma, and Virat Kohli when they return?” Because you’re always talking about x-factor and taking risks. “Whether he scores runs or not, he brings that fearless attitude,” Gambhir said on Star Sports.

“Will they be tempted to bat him and Rohit first, with KL Rahul in the middle order?” But I’d like to keep working with him in Australian conditions because he loves to pull off the backfoot and hits the length ball very well. I believe they should stick with him for the T20 World Cup. If he is in the plans, he will be used until the World Cup,” he added.

Meanwhile, Kishan had a solid season with the Mumbai Indians (MI) in the Indian Premier League (IPL), scoring 418 runs at an average of 32.15. The South African T20I series has also start well for the southpaw, with 110 runs in the first two games at a strike rate of over 159.

While the rest of the top-order batters struggle to get going in the second game, Kishan scored 34 runs in 21 balls. In two T20I games, the southpaw has scored 55 runs in 41 balls in the powerplay. Which could be the approach India is looking for in the World Cup openers. Meanwhile, India is trailing the Proteas 0-2 in the five-match T20I series and will play their third match on June 14 (Tuesday) in Visakhapatnam.