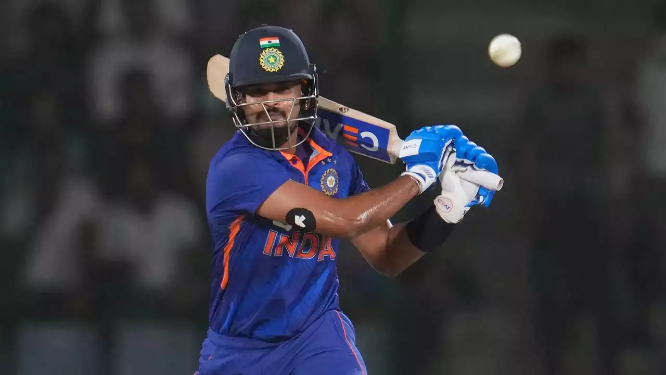 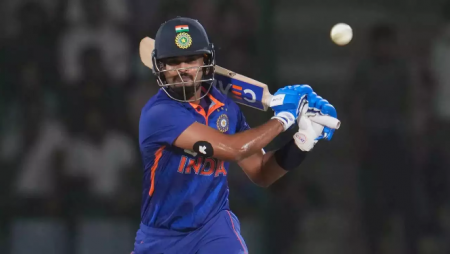 Shreyas Iyer needs to work on his fast bowling game: Wasim Jaffer. In the first T20I, Iyer dismissed while going for a big heave on the offside against Dwaine Pretorious.

Shreyas Iyer, according to former Indian opener Wasim Jaffer, needs to improve his game against fast bowlers in order to be more successful in the long run. Iyer hit a 27-ball 36 against South Africa in the first T20I, including one four and three sixes, but he struggled against the fast bowling. He dismiss while attempting a big heave in the offside against Dwaine Pretorious, and his off-stumps bails were remove.

This isn’t the first time Iyer has struggled against fast bowlers; he’s also struggled against the short ball in the past. In IPL 2022, the right-hander had a strike rate of 130 against spinners and dismiss six times, while his strike rate against fast bowlers was 138.06 and he dismiss seven times, indicating that the KKR captain still has a lot of room to grow against the quicks.

Also Visit: Hardik Pandya says of the sacrifices he made for his comeback.

Shreyas Iyer needs to work on some shots that will allow him to dominate fast bowlers: Wasim Jaffer

Jaffer mentioned how Shreyas Iyer moves around the crease when under pressure from fast bowlers and tries to get those boundaries by going over the off-side fielders. He recognized Iyer’s strengths against spin bowling but was skeptical of his performance against fast bowlers. He believes Iyer needs to improve his boundary hitting against quicks if he wants to bat in the top four, and he believes he could have scored more runs if he had the shots.

“You know how when Shreyas gets stuck, he moves around a lot in the wicket?” He goes outside and wants to get to the other side. Otherwise, he won’t be hitting many boundaries or sixes off fast bowlers. “He took down Shamsi, and then Ishan Kishan took on the Keshav Maharaj threat,” Jaffer told ESPNCricinfo.

“Looking ahead, he needs to develop some shots that will allow him to dominate fast bowlers as well.” He is batting in the top four and is not a backend batsman. So he needs to work on his game, particularly his boundary hitting against fast bowlers. That inning could have been much better. If he had hit a couple more home runs in this inning, he could have added another 10-15 runs.”