Shadab Khan, a Pakistan cricketer, trolls a teammate on Twitter. 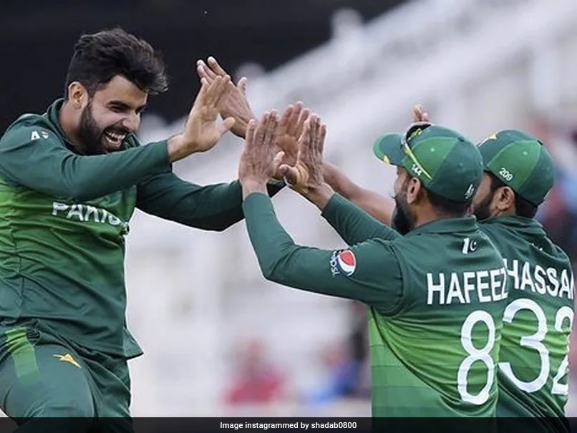 The Pakistan cricket team is preparing for a home series against the West Indies later this month in a three-match One-day international (ODI) series. Prior to the series, Pakistan cricketer Shadab Khan decided to poke fun at his teammate Hassan Ali on Twitter. Hassan Ali also shared a couple of photos on his official Twitter account on Thursday. Khan, another teammate, quick to respond to Hassan Ali’s post and decided to poke some fun.

Furthermore, The three-match series against the Windies. Which originally schedule to take place in Rawalpindi, has been move to Multan. The games will be on June 8, 10, and 12.

“Nawaz and Shadab are now fully fit, allowing us to leave out Asif Afridi and Usman Qadir. ” Chief selector Mohammad Wasim said in a statement.

“We have given the squad the best chance of winning the series.”

The West Indies team will arrive in Islamabad on June 6 and take a charter flight to Multan.

The West Indies series is part of the ODI Super League. Which serves as a qualifying round for the World Cup in India in 2023.