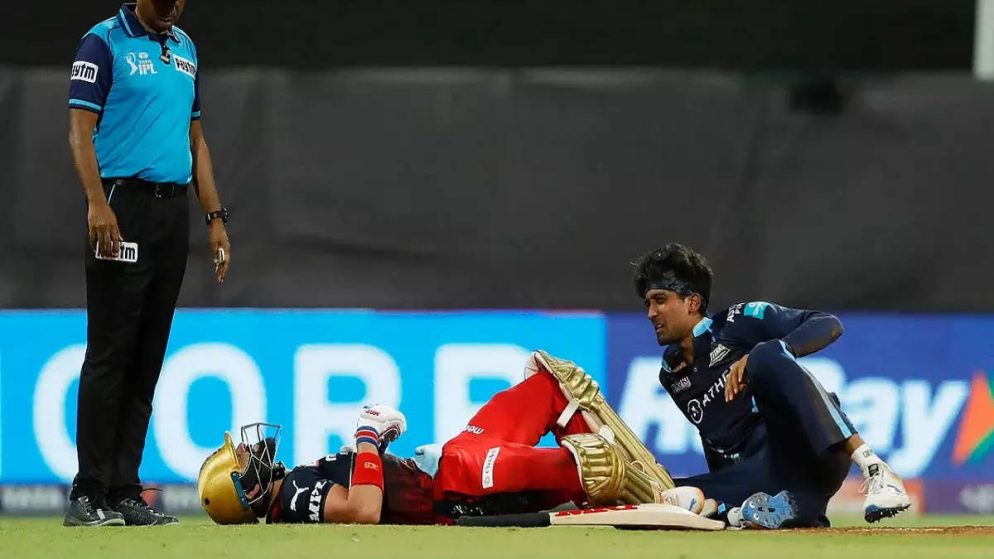 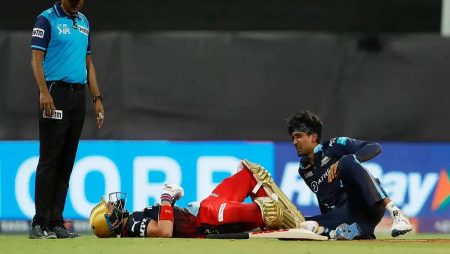 Royal Challengers Bangalore kept their playoff hopes alive by defeating Gujarat Titans by eight wickets in IPL 2022 Match 67 at Mumbai’s Wankhede Stadium. Virat Kohli rediscovered his lost mojo, leading his team to victory with a brilliant 73-ball knock. During the match, however, Kohli injure after colliding with Gujarat Titans spinner Sai Kishore. Faf du Plessis and Kohli attempted to push for double on the second delivery of the ninth over, after the former had played Kishore’s delivery towards cover.

Kohli collided with the youngster, who pedaling back to collect the throw while charging to get his bat in at the non-end. striker’s

Moreover, Kohli, who appeared to be in pain, rose to his feet and resumed play after a few minutes.

With RCB needing a win, Kohli also smashed 73 runs off 54 deliveries as the team chased down a 169-run target with eight wickets and as many deliveries to spare.

During his knock, the former RCB captain hit eight fours and two sixes and was the aggressor in the 115-run opening partnership with skipper du Plessis.

With the victory, RCB moved up to fourth place in the points table. To qualify for the playoffs, however, the Mumbai Indians must defeat the Delhi Capitals.

On Friday, MI will face DC at Wankhede Stadium.