WBBL: Charlotte Edwards has been appointed as the new head coach of the Sydney Sixers. 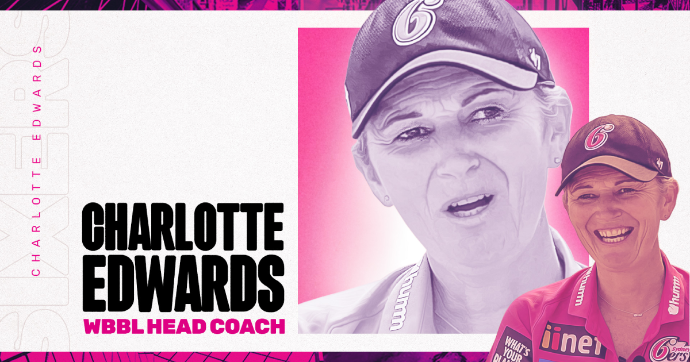 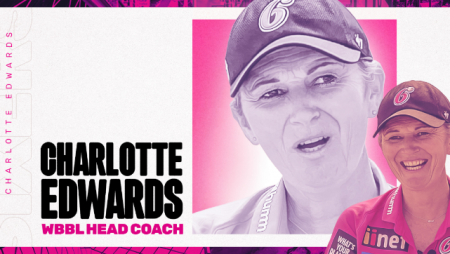 WBBL:  Charlotte Edwards appointed as the new head coach of the Sydney Sixers. Edwards express his excitement at being offer the role with the Sixers.

Former England captain Charlotte Edwards named the new head coach of the Sydney Sixer. Ahead of the eighth season of the Women’s Big Bash League. Edwards will succeed Ben Sawyer, who spent seven years with the Sixers and led them to two titles and two finals appearances. In the most recent development, Edwards expressed her excitement about joining the Sixers, calling them one of the most successful women’s domestic teams in the world.

Edwards added that her goal is to restore the Sixers’ glory days, as they have gone through a rough patch in recent seasons. It should be note that the Sixers have not advance past the league stage in the last three seasons of the WBBL, with the most recent season being their worst.

“I’m overjoyed to have been offered the position with the Sixers, who are one of the most successful women’s domestic teams in the world.” “Being associated with a team like the Sixers is really exciting for me, and I can’t wait to get started,” Edwards said, according to Cricbuzz.

The Sixers’ vision is to bring back trophies for the club: Charlotte Edwards

“The Sixers’ vision is to bring back trophies for the club.” More importantly, I believe that the way we do that is to play a really exciting and entertaining style of cricket that fans will be proud of and want to watch. “That means a lot to me and the rest of the group,” she added.

In the same vein, Cricket NSW Head of Female Cricket, Leah Poulton, expressed gratitude to Sawyer, calling her a wonderful leader, and welcomed the Sixers’ new beginnings with the arrival of Edwards. Edwards has previously coached the Southern Vipers and served as an assistant coach with the Adelaide Strikers.

“Charlotte brings extensive leadership experience as well as a reputation for bringing out the best in others.” She’s already shown a clear vision for the team; it’s an exciting brand of cricket that I’m sure our fans will enjoy.”