IPL 2022: Virender Sehwag Says This Player Can Be Long-Term CSK Captain, Compares Him To MS Dhoni 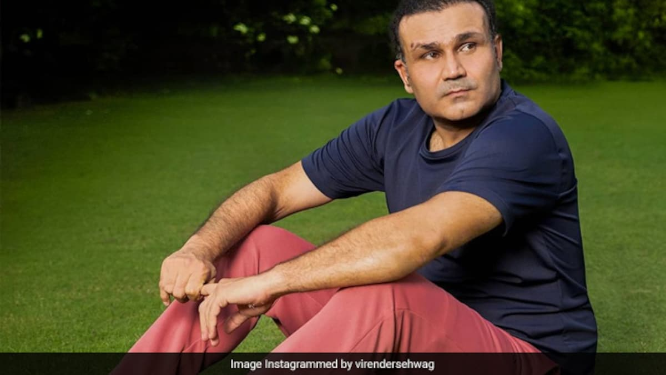 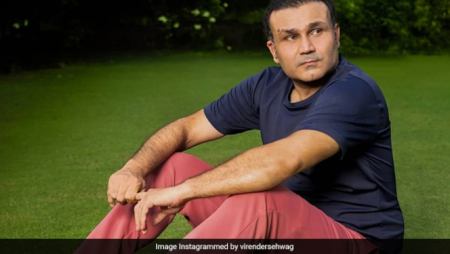 Chennai Super Kings’ playoff hopes were dashed on Thursday when the MS Dhoni-led side was defeated by Mumbai Indians by five wickets at Wankhede Stadium. CSK batted first and were bundled out for 97, giving Mumbai Indians a comfortable victory. After their playoff hopes were dashed, it will be interesting to see how CSK approaches the final two league stage games, as well as whether Dhoni will return as CSK’s skipper next season.

“He is the Maharashtra captain. He has a very quiet demeanor. Even if he gets a perfect score, it will not appear that way based on his behavior. Even if he gets a zero, his demeanor remains the same. His expressions do not reveal whether he is very happy after scoring a 100 or very sad after scoring 0. He is very calm, and he has demonstrated all of the characteristics of a good captain “On Cricbuzz, Sehwag stated.

Former India batsman Virender Sehwag believes Ruturaj Gaikwad has shown signs of being a good leader and that he can be CSK Captain in the future.

“He has captained in first-class cricket and understands how to control the game. Anyone can have a good season, and if he plays 3-4 seasons, he can become a long-term captain after Dhoni. I can only offer my opinion; the final decision rests with CSK. Why is MS Dhoni so highly regarded? He is very cool; he makes his own decisions and has a good luck factor. But fortune favors those who make courageous decisions. So, I believe Ruturaj Gaikwad possesses all of the qualities that MS Dhoni possesses. I am unsure whether he will bring the luck factor, but he possesses all of the other qualities that MS Dhoni possesses “He went on to say.

Gaikwad has 313 runs in 12 games this season at an average of 26.08, with his highest score being 99 against SunRisers Hyderabad.

Former India batter Ajay Jadeja agreed with Sehwag, saying that there aren’t many captaincy options, so Ruturaj appears to be the most likely choice.

“You don’t have any options. Who would you choose as the next captain after MS Dhoni? What Viru (Virender Sehwag) said is your only option. Robin Uthappa’s time has passed, Ambati Rayudu’s time has passed, Devon Conway has just arrived, and Dwayne Bravo will not be there for long. You’ve already tried Ravindra Jadeja when it comes to spin options. You put so much money into Deepak Chahar, but his injury is so severe that you don’t know what will happen to him. With injuries, you never know “Jadeja stated.