Dinesh Karthik is a better finisher than Liam Livingstone, according to RP Singh. 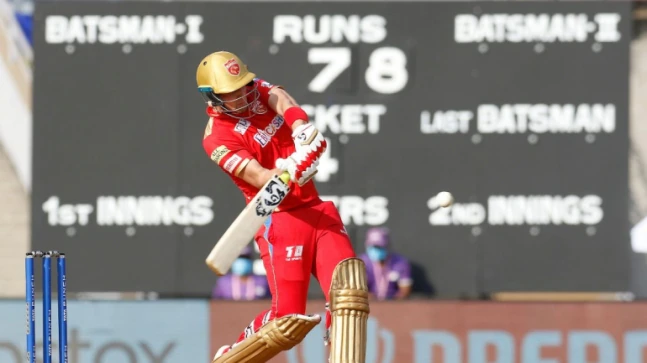 Dinesh Karthik is a better finisher than Liam Livingstone, according to RP Singh. Karthik has gone unbeaten in eight of 13 IPL 2022 matches.

Dinesh Karthik and Liam Livingstone have been standout performers for their respective teams in the ongoing IPL 2022, Royal Challengers Bangalore and Punjab Kings. While Karthik has been their savior in the middle order, going unbeaten in eight of 13 games, Livingstone has made a huge impact with his all-round abilities.

When comparing the two consistent performers, former left-arm pacer Rudra Pratap Singh believes Dinesh Karthik is superior to Liam Livingstone. He explained that Karthik has the upper hand over the Englishman because he has played many match-winning knocks for his team.

“Dinesh Karthik was my U-19 World Cup batchmate. ” He used to get run-out back then, and nothing has changed! (laughs) He makes mistakes when he thinks too much. That’s the type of person he is. Give him less time to think and he’ll perform admirably. “When he knows he only has 10 deliveries out of 20 left. He gives his best performance,” RP Singh was quoted as saying by India Today.

“Do you know how cocky guys do it?” He believes he must do it and will strike whenever the ball appears on his radar. His body language will tell you. He’s the best option with this many deliveries left. And, when compared to Liam Livingstone, I believe he has the advantage because he has played a lot of knocks and won his team matches,” he added.

In terms of current form, Karthik has 285 runs from 13 matches at a strike rate of 192, while Liam Livingstone has 385 runs from 12 appearances. The Englishman scored a blistering 70 off 42 balls, which proved to be the match-winning knock in the final game against RCB, in which PBKS posted a mammoth 209/9. Chasing the target, the RCB batters buckled under pressure, and even Karthik could not deliver, managing only a run-a-ball 11 as the team was restricted to 155/9, suffering a crushing 54-run defeat.