Yuzvendra Chahal of RR takes on Jos Buttler in the nets in a hilarious battle ahead of the LSG game. 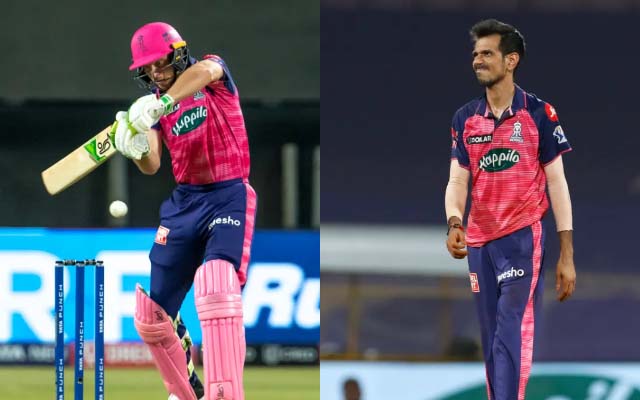 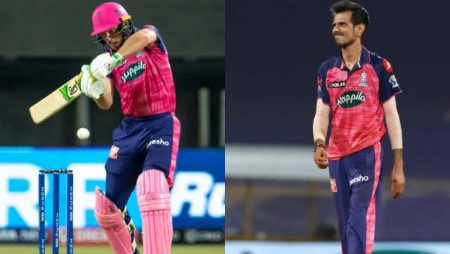 Yuzvendra Chahal of RR takes on Jos Buttler in the nets in a hilarious battle ahead of the LSG game. Yuvzendra Chahal retweeted a Rajasthan Royals video with the caption “4 4 4 4 4 4 6” in order to pull Jos Buttler’s legs.

The Rajasthan Royals have always been one of the most active franchises on social media. They recently released another intriguing video starring Jos Buttler and Yuzvendra Chahal. In the recent past, the leg spinner has not shied away from making amusing posts. He has also pulled the legs of his English teammate. However, this was one of Chahal’s funniest responses, leaving fans in stitches.

For a change, Buttler bowled to Chahal in the Royals’ net session. The former used his various spin variations to outwit the leggie. Chahal attempted to clear the boundaries with the imaginary fieldset and was caught in a funny argument about whether or not the ball would have been carried to the ropes. In fact, the leg-spinner executed the majority of the shots in the book. Including a lofted extra cover drive and a lofted one straight down the group, and he also used his feet in the video.

In fact, in the final delivery, Chahal yelled ‘four four,’ and Buttler remarked that it was a’six. ‘ ” Ask him (Buttler) about my batting,” Chahal said after the battle. And, near the end of the video, Buttler responded, “Just wait and watch AB de Villiers, apparently they are calling him Mr.360 degree.”

Chahal retweeted the Royals video with the caption “4 4 4 4 4 4 6” and some funny emoticons. Buttler replied to Chahal, “Are you joking?”

Also Visit: Tilak Varma has been brilliant and has a strong desire to perform: Rohit Sharma

Yuzvendra Chahal’s response to Buttler the video below:

With 625 runs in 12 games this season, Jos Buttler has been the tournament’s leading run-scorer, providing prolific starts at the top of the order. Chahal, on the other hand, has been leading the race for the purple cap with 23 wickets already to his name, and the duo has been crucial to Rajasthan Royals’ successful run. The franchise is currently in third place with seven wins in 12 games, and if they win both of their remaining league games, they will qualify for the playoffs.