Sunil Gavaskar on the CSK chances of qualifying for the IPL 2022. 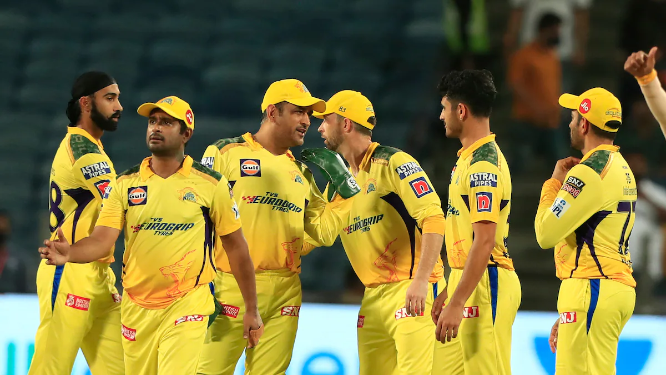 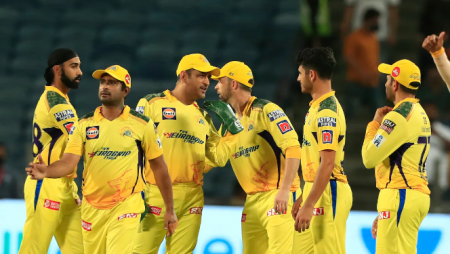 Sunil Gavaskar on the CSK chances of qualifying for the IPL 2022. Former Indian captain Sunil Gavaskar believes the Chennai Super Kings have a lot of catching up to do, but the defending champions can still turn things around and make the playoffs.

The Indian Premier League 2022 has entered its most exciting week as the race for the playoffs has heated up. The Chennai Super Kings will face their southern rivals, Royal Challengers Bangalore, in another exciting match, according to experts. The RCB will take on the CSK in the second chapter of the Southern derby in a desperate attempt to keep their campaign alive.

Despite a stellar start to the latest edition of the tournament, the Challengers have hit an unexpected snag with three straight defeats.

After an abysmal start to the season, the Men in Yellow will be brimming with confidence with their seasoned skipper MS Dhoni back at the helm. On his return as captain, Dhoni eked out a fine win in his first game.

Also Read: Defeat against PBKS is a difficult pill to swallow: David Miller

Sunil Gavaskar, believes the CSK chances of qualifying have “A lot of catching up to do”

The defending champions can still turn things around and qualify for the playoffs.

Gavaskar stated on Star Sports’ ‘Cricket Live,’ “They have a lot of ground to make up, but they are a team that knows how to come back. However, they must do so quickly.”

“Last year, we saw what happened with KKR. When the tournament was held in India, KKR were nowhere to be found, but in the UAE, they won almost everything and advanced to the finals. So, in this tournament, things can change in an instant “He continued.

Former Indian cricketer Mohammad Kaif believes that this week will be eventful.
“No team can afford to take the other team for granted. Any team is capable of defeating any other team. Each team will do everything they can to get those two crucial points. It’s time for the big players to step up and lead their teams forward “Kaif stated.

Also Visit: Tilak Varma says that receiving a cap from “Rohit Bhai” gave him the confidence to succeed.