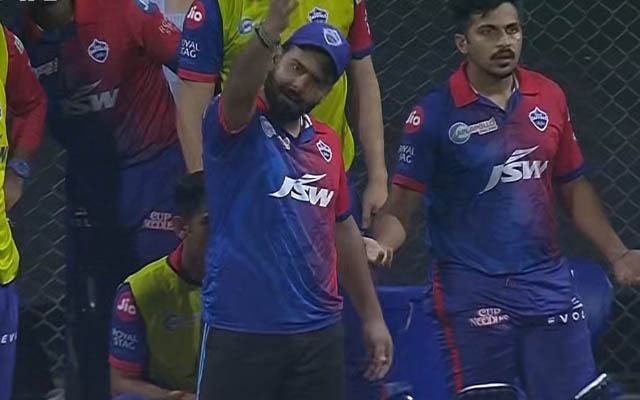 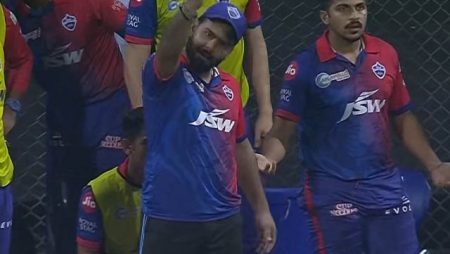 The DC were enrage after the on-field umpires fail to call a potential no-ball on the third delivery of the final over against the Rajasthan Royals in the ongoing Indian Premier League (IPL) 2022. The players, led by Rishabh Pant, first motioned for the batters. Rovman Powell and Kuldeep Yadav to return to the dugout. Also then assistant coach Pravin Amre came out to speak with the on-field umpire. Former India pacer RP Singh stated that the entire incident “sets a bad example” and that something like this should never happen again.

“There were a lot of senior players in the dugout. Shane Watson attempt to reason with Rishabh Pant, but the decision Pant made to call back the batters is difficult to understand. Such a thing should never happen. Something like that should not happen, there is no doubt about it. This is completely incorrect, and it sets a bad example. You can argue whether it was a no-ball or not, but calling back your players is incorrect “On Cricbuzz, RP Singh stated.

If Ricky Ponting been present, something like this would not have occurred: RP Singh On Delhi Capitals’ Final Over

“I see Ricky Ponting in international matches. He go to the third umpire to complain, but he never done these things. I am confident that if Ricky Ponting been present, something like this would not have occurred. ” He went on to say

Rajasthan pacer Obed McCoy bowled a full-toss on the third ball of the over, and Delhi Capitals batter Rovman Powell smashed it for a six with Delhi needing 36 runs off the final over. The Delhi Capitals, on the other hand, mistook it for a no-ball and began gesticulating from the dugout.

Pant then seen motioning for the two batters to leave the field. Amre then made his way to the field to speak with the on-field umpire.

While Amre speaking with the umpire, Rajasthan Royals batsman Jos Buttler walked over to the Delhi Capitals dugout to speak with Rishabh Pant.

Finally, Obed McCoy able to deliver the final three balls on a good spot, and the Delhi Capitals fell to a 15-run defeat.