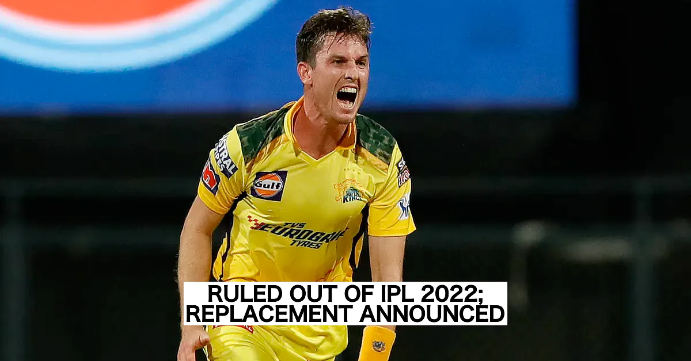 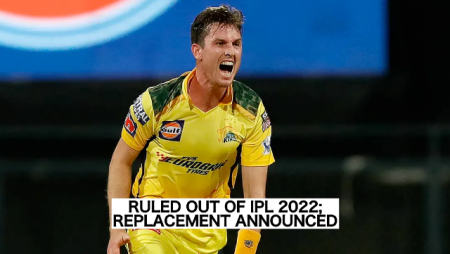 Adam Milne of CSK has been ruled out of the IPL 2022. The Chennai Super Kings have signed Matheesha Pathirana to replace Adam Milne. Who is out for the season due to injury.

With a hamstring injury, Chennai Super Kings pacer Adam Milne has been rule out of the ongoing Indian Premier League (IPL) 2022 season. As a replacement for the New Zealand bowler, the franchise has signed young Sri Lanka pacer Matheesha Pathirana. ” Matheesha Pathirana has been sign by Chennai Super Kings as a replacement for New Zealand pacer Adam Milne for the TATA Indian Premier League 2022. Milne suffer a hamstring injury in CSK’s first game against the Kolkata Knight Riders. He has been rule out for the remainder of the tournament “According to an official release from the IPL.

“His replacement Pathirana is a young 19-year-old medium pacer from Sri Lanka who was a member of Sri Lanka’s U19 World Cup squads in 2020 and 2022,” the statement went on to say.

Adam Milne of CSK ruled out, Pathirana as replacement was signed for Rs 20 lakh

Pathirana, who has a similar bowling action to compatriot Lasith Malinga, has only played two T20s so far.

Milne’s injury is a setback for CSK, who will also be without Deepak Chahar for the remainder of the season. Chahar suffered a back injury while undergoing rehab at the National Cricket Academy for a quadricep tear.

CSK has had a sluggish start to the season, with only one win in six games.

The defending champions had four consecutive losses before winning against the high-flying Royal Challengers Bangalore.

They were unable to maintain their winning streak, however, as they were defeat by Gujarat Titans in their next match.

On Thursday, they will face the Mumbai Indians at the DY Patil Stadium in Navi Mumbai.

Also Read: “My kids want to know why I don’t get 100s like Jos Buttler.” David Warner says.